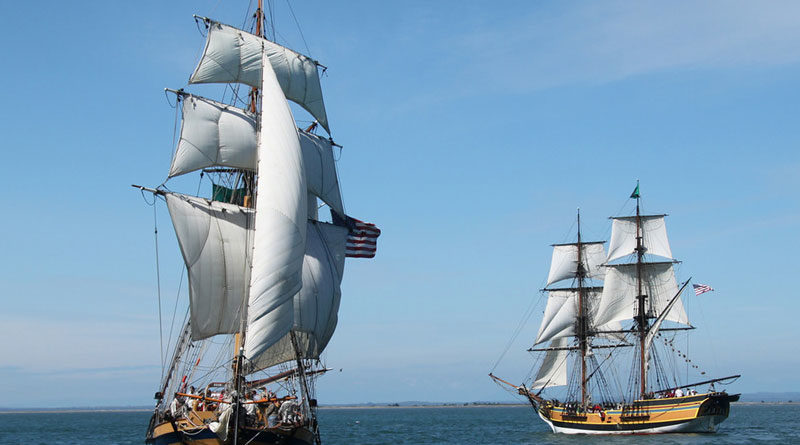 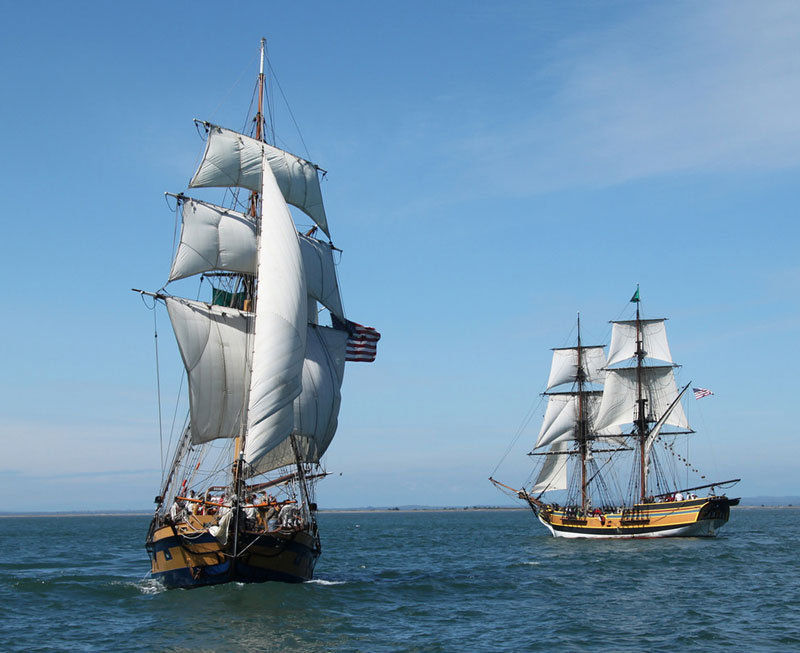 NEWPORT BEACH — Tall ship enthusiasts in Newport Harbor have been treated to an extra week of tours, cruises and “battle sails” aboard Lady Washington and Hawaiian Chieftain.

The two historic ships arrived in Newport Beach Dec. 27 and docked at the Newport Sea Base at 1931 W. Coast Highway — one of many stops on the tall ships’ winter tour. They will be staying several days longer than originally planned.

The brig Lady Washington, the state of Washington’s official tall ship, and the topsail ketch Hawaiian Chieftain were scheduled to sail to Oceanside Harbor Jan. 6, but shoaling at the harbor entrance, coupled with a minus tide, made the trek impossible for the deep-draft vessels.

“They wanted to get her in there, but with minus tides, Lady Washington would be hitting the ground, and we don’t want that,” said Roxie Underwood, education programs manager for Grays Harbor Historical Seaport Authority in South Aberdeen, Wash., the ship’s homeport.

Underwood said Oceanside Harbor had a series of big waves in September 2011 that caused shoaling in the harbor. The 18th and 17th century replica ships will now remain in Newport Harbor until Jan. 11, when they will head north to Channel Islands Harbor.

On Jan. 7 and 8, visitors can sail aboard the ships as they enact three-hour “battle sails,” which feature close-quarters naval-style maneuvers similar to those used in the Revolutionary War and the War of 1812. Tickets are $60 for adults; $40 for children 12 and younger.

Following their Newport Harbor stay, the ships are scheduled to arrive in Channel Islands Harbor Jan. 12 and will stay through Jan. 23. Along with battle sails, the ships will offer adventure sails and will be open for walk-on tours on weekdays and weekends.

Lady Washington is probably best known for its movie appearance portraying an English frigate in the 2003 film “Pirates of the Caribbean: The Curse of the Black Pearl.”