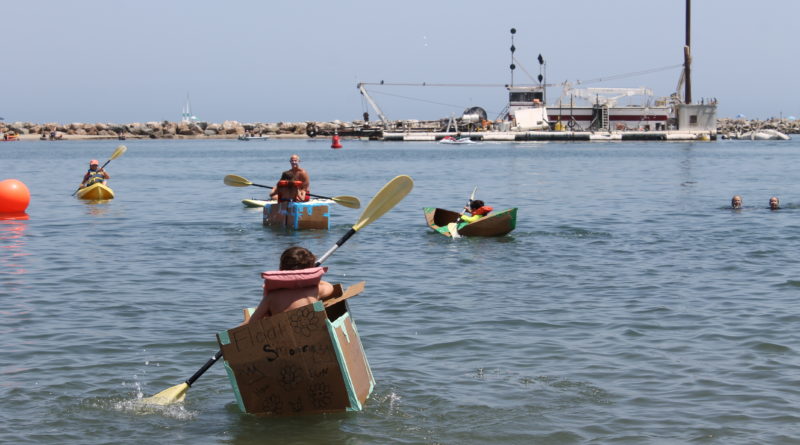 SANTA BARBARA—Float or Sink? Participants will assemble kayaks from cardboard to see if they have the savvy to construct a working vessel. Santa Barbara Maritime Museum (SBMM) will host the Annual Kardboard Kayak Race, which is currently in its 17th year, on July 6.

This challenging event is open to families and children of all ages and tests many boating abilities. Teams will be divided into groups of two to four, but the difficult part is assembling a kayak from cardboard in an hour or less. Only five materials can be used during the competition: two sheets of cardboard, duct tape, permanent marker, utility knife and yardstick. The competition will be divided into categories for 14 years and younger and “skilled” paddlers.

After the kayaks are assembled comes the fun part – paddlers will race against each other, ultimately finding out whether their kayaks will stand up in the sea.

Registration and signing in begins at noon, following shortly by the building session from 1-2 p.m. Racing of the kayaks begins at 2 p.m.

Learn more about this event and register at sbmm.org. Call 805-456-8747 for further information.