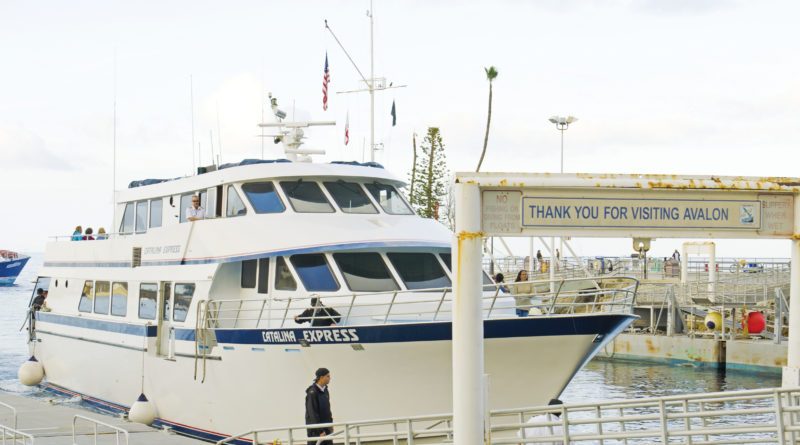 AVALON — The city of Avalon is preparing for rehabilitation of the Cabrillo Mole Ferry Terminal. Those who frequent Catalina Island will recognize the terminal – which, in its current state, one can see it is in need of repair – as the entryway for the ferries shuttling guests. There are also a few select gift shops, cafes and a visitor center at 120 Pebbly Beach Road.

On Sept. 13, the California Coastal Commission approved a permit to repair the structural damage of Cabrillo Mole Ferry Terminal.

Coastal Commission staff, in a report to commissioners, describe the project’s work as follows: “Structural rehabilitation of the Cabrillo Mole Ferry Terminal, consisting of repairs to concrete portions of the mole and wharf; replacement of steel grating, steel beams, and their connections to the concrete wharf’s structure; installation of new pedestrian shade structures, handrails and guardrails; and repair of an eroded gap in the wharf below the mean high tide line with concrete.”

In the staff report’s summary, it stated the approval of the permit is subject to five conditions including best management practices for construction, conformance with Water Quality Management Plan, resource agency approval, public rights and the waiver of liability.

Currently, areas of the mole present a safety risk. The existing concrete mole structure and wharf is 46 feet by 400 feet and was built in 1968, but sea erosion and time have begun to affect it.

The Coastal Commission staff report continued: “The mole and wharf structure was originally constructed in 1968, and functions as both a breakwater and the main docks for the cross-channel passenger boats including the Catalina Express, which offers up to 30 daily departures and year-round service to Avalon and Two Harbors, transporting nearly one million passengers annually for the past 36 years … The currently degraded condition of the mole and wharf structure presents safety concerns for ferry passengers and pedestrians, which necessitates its repair to ensure safe and reliable future operation of the mole and wharf.”

Earlier in the month, Avalon City Council also approved a course of action for Cabrillo Mole Ferry Terminal on Sept. 4. Council members unanimously voted to begin seeking bids for construction plans on the revitalization of the structure.

Council member Pam Albers did raise questions considering the timeline, but Bob Greenlaw, Director of Public Works, stated at this point there was a concentration on stabilizing the concrete and existing railings for safety measures. At a later point, Greenlaw stated “a robust design” could enhance the mole.