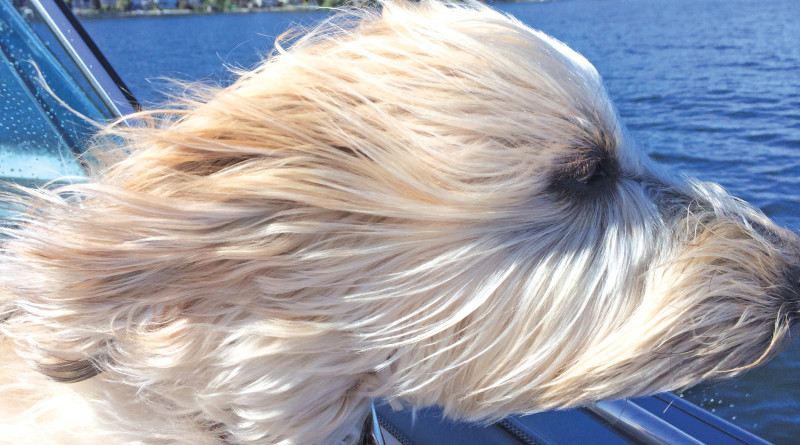 FOUNTAIN VALLEY — Bobby McIntosh, the canine companion and official mascot of The Log and other publications, passed away Dec. 19. His 13 years on Earth were filled with too many happy moments to count.

The official dog of Duncan McIntosh Co. was a regular presence at The Log’s headquarters, showing up to work everyday and bringing a smile to everyone who worked here.

times we’d be envious of Bobby, a Wheaten Terrier. He would often be found lounging or napping in the middle of the office – wrapped in his favorite blanket – as we made phone calls, prepared packages for shipping, typed away on our computers and otherwise went about our workday.

If he wasn’t napping or playfully seeking attention from us, Bobby would join us in the break room during lunch hour, hoping to share our meal with him. How could we ignore the innocent stare of his puppy dog eyes looking right up at us, or one of his front paws resting on our thighs as he campaigned for a spare bite.

He was also a great workout companion. His godmother, Suzanne Diaz, said Bobby insisted someone take a walk with him at least four or five times per day. He also enjoyed posing for photos or dressing up in different costumes. Bobby once dressed up as a bumblebee for Halloween as well as showed up parading in a Santa suit at a company Christmas party.

“He borrowed my sunglasses on multiple occasions for photo shoots and always had a smile on his face,” Diaz said. “He was well dressed and loved his Log shirt.”

Outside of the office Bobby enjoyed the maritime life, often attending local boat shows or strolling around in his bright orange life vest. He might as well have been a certified captain with all the hours he clocked navigating the Pacific Ocean with Duncan McIntosh.

On occasion he would join Duncan as he surveyed the boat show in a vessel. As Duncan approached the dock toward the end of his trip, Bobby, in his excitement, would try to leap from the boat and onto the dock. His leaps were often mistimed with Bobby missing the dock entirely and splashing into the water.

No matter what he did, Bobby was a welcome presence everywhere he went. If you came across Bobby, you made time for him by affectionately rubbing his belly or buttering him up with compliments. He also had no time for drama. Bobby had no patience for barking dogs, for example, effectively rolling his eyes at any canine that dare barked in his direction.

When Duncan McIntosh Co. purchased OC Weekly and moved into its new digs, Bobby wasted no time befriending every new member of the team. He always kept the office’s spirits high, regardless of who surrounded him or where he roamed. 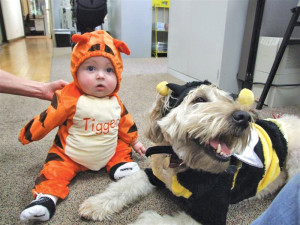 It was Bobby’s zest and love of life that brought him to the McIntosh family in the first place.

In 2003 Teri McIntosh, the late wife of Duncan and co-publisher of Duncan McIntosh Co., went in search of adopting a cat. Duncan traveled a lot, so Teri sought a cat to keep her company. Bobby, however full of excitement and enthusiasm, was jumping up and down in his attempts to gain Teri’s attention. Obviously his efforts worked as Teri brought him home. He was just too adorable for her to pass up.

In his 13-plus years, Bobby brought happiness and joy to every life he touched. He is missed.