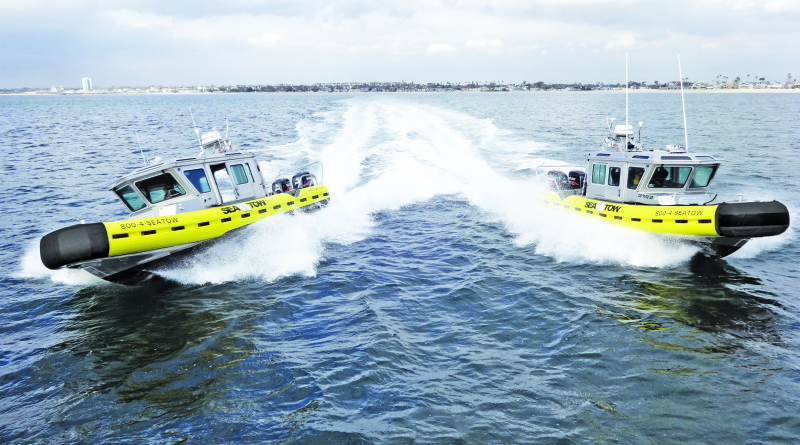 SOUTHERN CALIFORNIA — Boating the high seas of the Pacific Ocean, the calmer waters of local freshwater lakes, or meandering waterways of inland rivers can be a more secure experience if the boater subscribes to a boat towing service such as SeaTow or TowBoatUS.

The Log spoke with members and representatives of TowBoatUS and SeaTow to gain perspective of how two commonly used boat-towing services operate at Southern California’s harbors.

BoatUS acquired TowBoatUS, formerly Vessel Assist, in 2003. The towing service was rebranded and relaunched as TowBoatUS in 2015.

TowBoatUS responds to most issues, such as running out of gas and engine failure. The 24-hour towing service has three dispatch centers nationwide, including one in Costa Mesa. The dispatch center in Costa Mesa is unique, according to BoatUS. A series of towers are located at “high sites” along local hills and mountains, allowing for an elevated line of sight. TowBoatUS, accordingly, is able to establish VHF connections very far out to sea.

The dispatch station in Costa Mesa monitors boating activity all day every day. A service boat is ready to head out to the distress location within five minutes of dispatch being contacted, according to a BoatUS spokesperson. “I see us as the full service association for boaters. Our towing companies are ready to go,” said Adam Wheeler, BoatUS’s vice-president of towing services. “We also run the cooperative boating program. There is a lot more to the membership other than towing.”

A TowBoatUS membership card can be used up to 100 miles away from shore, depending upon circumstances or where a boating member is going. TowBoatUS even assists with May Day calls. Members can even access the boat towing service at Catalina Island.

Nordgren has used TowBoatUS’s services three times while out on the water. He first required the service about five years ago when his vessel struck an uncharted underwater object, ruining his running gear and causing his boat to lose power.

“The first time I required a tow, if [TowBoatUS] had not responded rapidly to my call, [the boat and I] could have ended up on the rocks,” Nordgren said.

Capt. Robert Butler with TowBoatUS in San Diego said his fleet of eight fully staffed boats serviced about 2,400 jobs in 2015, including nearly 2,000 tows. Of those tows, several calls were for tows from the middle of the harbor to as far as 260 miles from port. A majority of TowBoatUS’s work is membership towing within 100 miles of port, according to Butler.

Other services offered include dock-to-dock towing, fuel delivery and jumpstarts; Butler said he might even deliver parts to get a boat moving in lieu of towing (the boater pays for parts but delivery is free).

“During the summer months we run fill speed, all the time. We had some weekends where we towed 100 boats on a Friday, Saturday and Sunday,” Butler said, adding his fleet was also active during last week’s rainstorms. 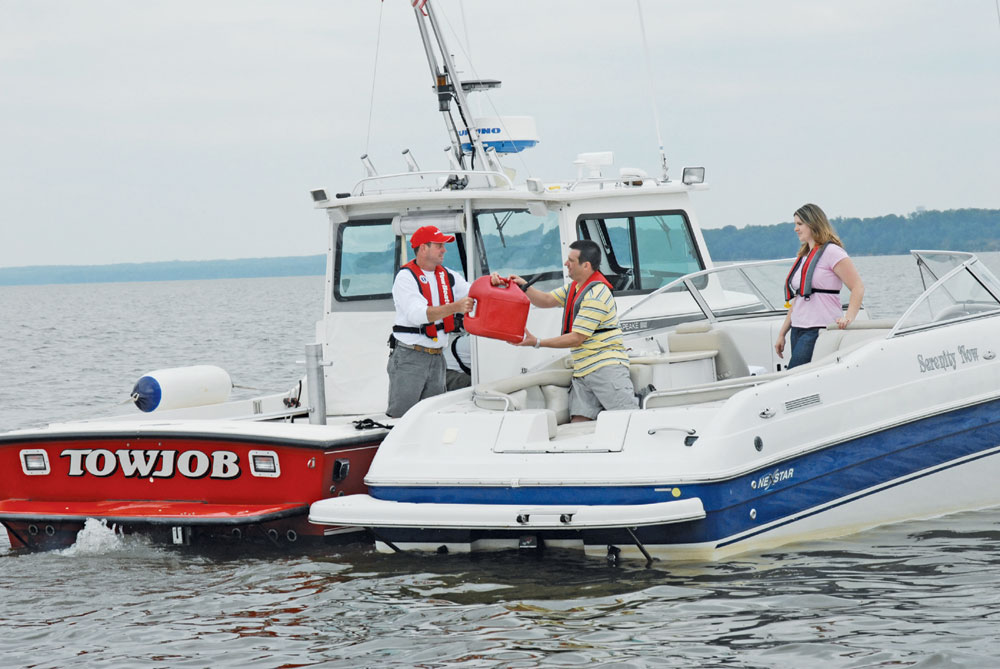 SeaTow members can use their membership on any boat they own, charter, lease or borrow. Lake Card members have access to SeaTow’s services at inland waterways in every state but Florida.

“We have the fastest response in California,” McCarthy said.

SeaTow performs about 500 local service calls annually. Engine breakdown and entanglements are two of the most common calls for SeaTow services. During the summer months boaters often call in with reports of engine failure or overheating, live well, or wiring issues, according to McCarthy.

The biggest concern, McCarthy said, is mariners often do not have an anchor or fail to properly deploy what they do have on board.

SeaTow also spent the past 10 years serving the official marine assistance company for the Newport Christmas Parade. The company offers free assistance to all parade participants during the five-night event. Other events SeaTow either serves or stands by for include the Catalina Ski Race, Long Beach Powerfest and Long Beach Spring Nationals.

In all there are about 100 SeaTow franchises, including one in Europe.

Any boater who actively navigates local or regional waters could benefit from a membership with SeaTow or TowBoatUS. Not only do both companies offer a helping hand while at sea, but also put a boat owner’s mind at ease knowing help is only a call away.