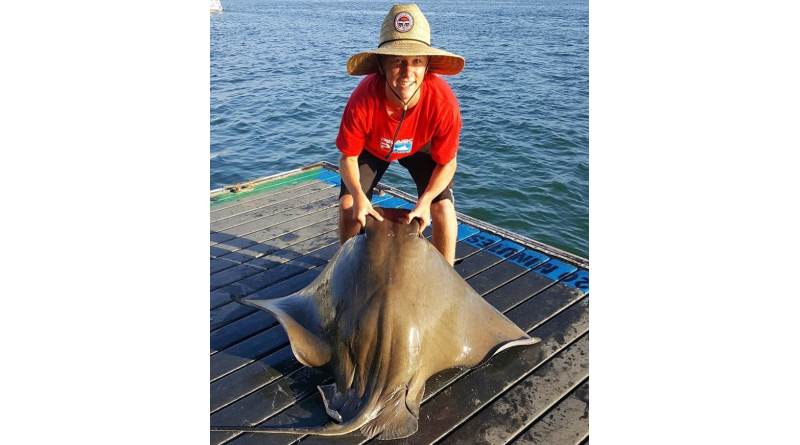 Matthew Mowery reels in a bat ray from almost the same spot his grandfather did in 1946.

NEWPORT BEACH — The summer of 1946 was a hot one for the Hill family: A young Hank Hill caught a bat ray in front of his family home at Via Lido Soud on Lido Isle. About 70 years later his 15-year-old grandson, Matthew Mowery, caught and released his own bat ray (with a 20-pound test line) off a public dock in Newport Harbor.

Hill’s father, Ned, owned Ackerman Boat Works in 1938, a boat-building firm in Newport Beach (which is now Newport Harbor Shipyard). His mother, Dora, was the first female mayor of Newport Beach (1954-1958). A few years before his mother became mayor Hill began working at Boatswains Locker. He was 15 at the time. When Hill turned 18 he joined the U.S. Army; returning from the Navy in 1954 Hill became a partner at Boatswain’s Locker in 1957.

2 thoughts on “Two of a kind: 70 years between catches for Hank Hill, grandson”