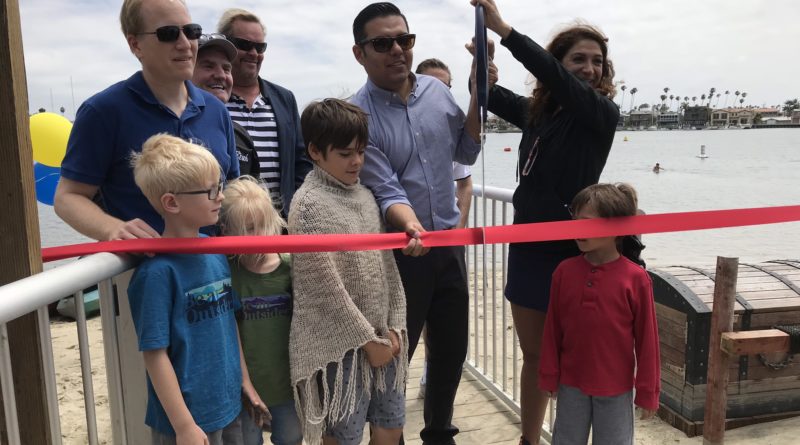 LONG BEACH — The sun barely broke through the gloomy skies above on a partly cloudy Saturday morning in Long Beach, meaning the waters at the southern end of Alamitos Bay and Naples Island were anything but warm. Cooler temperatures, however, did not stop aquatic enthusiasts from jumping into the water on the final Saturday of spring and celebrating the new Leeway Sailing Center and swim deck, which officially re-opened on June 16.

The new waterfront venue features new docks for a local junior sailing program and gondola rides, as well as a swim deck for waders to dive into the water for a swim. Adjacent to the swim deck are kayaks and standup paddleboards for rent. A few paces away from water’s edge are a beachfront eatery offering the usual concessions (hot dogs, chips, soft drinks, etc.).

Price, who represents Alamitos Bay on the City Council, told The Log she initially pushed for a handful of renovations at Leeway Sailing Center. The city, however, took the opportunity to make several upgrades on the Alamitos Bay waterfront.

Leeway Sailing Center was founded in 1929 and offers educational programs for young sailors. It is located at 5437 East Ocean Boulevard in Long Beach, on the peninsula across from the southwestern end of Naples Island.

Beginning, intermediate and sabot lessons are offered to children who are eight years of age or older. Adults can also participate. The on-site instructional fleet is made up of three types of vessels: an 8-foot sabot, 14-foot Capri and 28-foot keelboat.