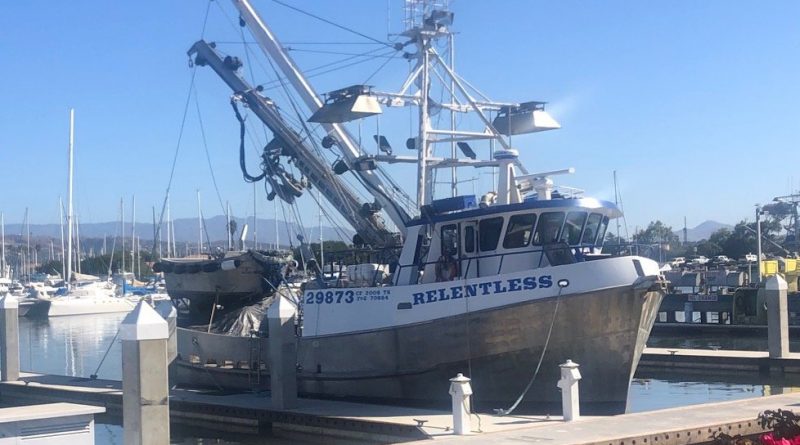 VENTURA—The finishing touches have been completed on the Ventura Harbor Village Commercial Dock Replacement Project. The contractor, Bellingham Marine Industries (BMI), completed the replacement of power pedestals at all of the older docks in the District-operated marina in July.

The crux of the project involved replacing docks C, D, G and H, which was completed last winter, with the docks beginning to accept vessels in November 2019. In the fall of 2019, Ventura Port District decided to have 40 electrical pedestals on docks E, F and I replaced. The work was not part of the original contract and was authorized by a $119,986 change order with the contractor in December 2019.

Port District Business Operations Manager Todd Mitchell said in an email because the project was completed with a minimum of change orders – only $18,956 on a $4.3 million contract – there was sufficient budget remaining in the contract to replace power pedestals at all of the older docks. The pedestal replacement required manufacturing 40 new pedestals before installation. Port District staff said that was slowed down by the COVID-19 pandemic and the work wasn’t completed until July 3.

The final contract amount, including five change orders, totaled just under $4.5 million. The final acceptance of the project went before the Board of Commissioners on July 15.

In 2018, the Port District secured a $4.6 million loan to replace docks C, D, G and H and a contract was awarded to BMI for the work. The project replaced what the Port District called “environmentally unfriendly” foam dock floats that were deteriorating with cement docks and increased the availability of larger slips to accommodate the growing size of the seiner fishing boats.

The marina now has 103 slips, compared to 130 previously and Port District staff reported 91 percent of the slips were already assigned by the time they began accepting vessels at the renovated docks in November of last year.

The multi-million dollar project aimed to expand the harbor’s commercial fishing operation. Commercial fishing vessels make up a majority of the marina, with a few slips also belonging to dive boats and businesses, such as Island Packers.

Recreational boaters can also rent out slips for a daily rate depending on availability.

The marina does not offer liveaboard slips.