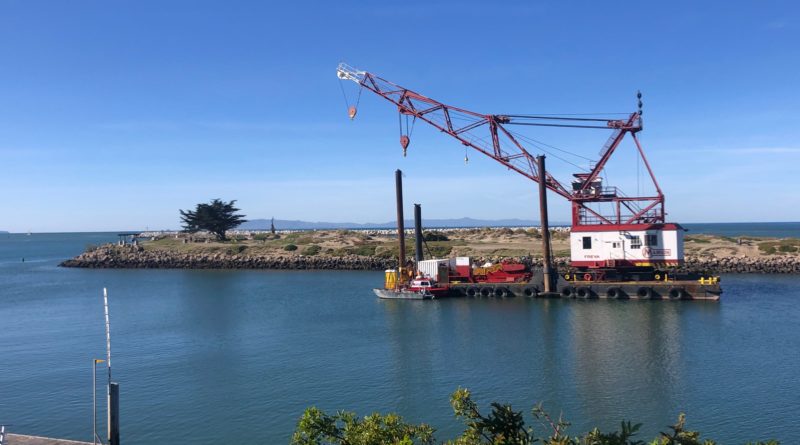 The Ventura Port District Board of Port Commissioners at their Feb. 5 meeting entered into an agreement with the city of Ventura for plans to dredge the Ventura’s inner harbor. The dredging at the northern portion of Pierpont Basin and the Stub Channel will prevent future storm flows in the Arundell Barranca from creating shoal conditions that compromise navigational safety.

Commissioners also voted to award a contract to Manson Construction Company for the project. The total contract cost is estimated to be about $250,000, according to a staff report. The funds will come from the District’s Dredging Reserve.

Manson Construction Company has also been doing maintenance dredging of the harbor’s federal channel, for the Corps of Engineers, which began on Feb. 6.

It is anticipated 30,000 cubic yards of material will be removed from Ventura’s inner harbor. According to the agreement with Manson Construction Company, the dredged material will be transported via pipeline to a location south of Surfer’s Knoll beach. The dredging operation is expected to take two days and occur before March 15.

However, permit conditions require a minimum flow of 100 cubic feet per second in the Santa Clara River when dredged material from the inner harbor is deposited in the surf zone at the mouth of that river, a staff report stated. That flow does not presently exist, and weather projections do not call for any major storms in the near future.

When Manson Construction completes their work for the Corps of Engineers and if the river flow does not exist by that time, Manson’s equipment will depart, according to a staff report, which went on to say the project manager is attempting to secure some flexibility from permitting agencies.