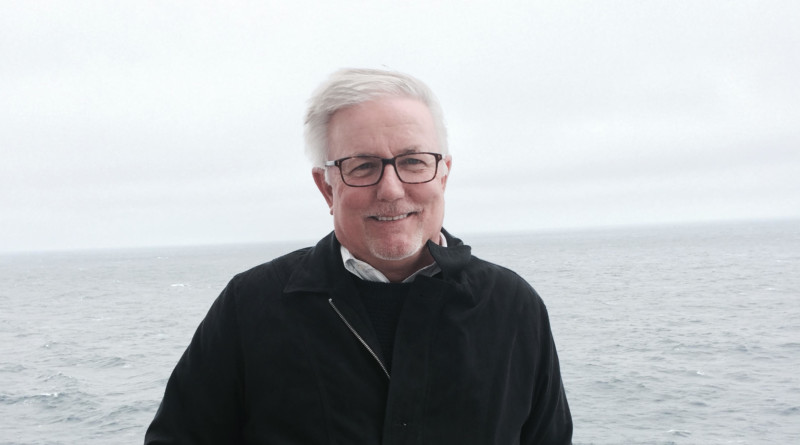 VENTURA COUNTY—Everard Ashworth, Commissioner and Chairman of the Ventura Harbor Commission, says there is one thing he and his adult children all have in common: They all live in a close proximity to the water. This conversation between The Log and Ashworth sparked the importance of not only the ocean’s resources, but how essential it is to coastal California’s economy and how boating can change one’s life. All of these links can be seen in Ventura Harbor’s rich, but lesser known community.

Ventura may be a perfect getaway spot for recreational boaters, but the harbor sometimes gets lost among other West Coast boating destinations perhaps due to the fact it is young – a manmade harbor that was built in 1960. On a somber note, Ventura has hit dilemmas in the past raising funding for such activities as dredging, which has been especially difficult in past years.

“The ability for our harbor to maintain our dredging program is in part by our ability to be a working commercial fishing harbor. We lack a Coast Guard, we lack a Navy, we lack the big boats that come in that really are the basis of funding for every other harbor on the coast of California and it’s only through our commercial fishing presence that we are able to compete for dredging dollars – and in 2012 we didn’t receive any,” says Ashworth.

This is partly due to Ventura’s commercial fishing industry, which boasts the largest squid fishing fleet in the nation.

“We have the largest squid fishing fleet in the nation and squid is peripatetic, it goes different places. When you have that kind of volatility, one of the challenges I faced when I came onto the commission is how do we diversify our fishing fleet? There are a lot of different options you can look at, but we settled on permitting aquaculture offshore in federal waters. The idea is that the port district will spend the two years and $2-3 million dollars putting the permits in place and then we would be able to provide commercial fishermen the ability to work the farms,” says Ashworth.

This would add up to $50 million dollars of receipts for the mussels at current pricing, Ashworth estimates.

Ventura is still trying to find itself, but Ashworth notes the aquaculture industry could potentially drive local economy.

“One of the things I’m most passionate about is the shellfish program that we’re trying to advance. I think it would also demonstrate to people that aquaculture is truly sustainable and deserves our attention in Southern California.” says Ashworth.

As the tenth largest fishing port in the nation, the squid fleet sells much of their product to Asia because it’s considered high quality. However, finding a way to ingrain the sustainable fishing industry in Venture Harbor could lead to a more dependable source of funding for dredging projects. Because of the way currents move sand, dredging is mandatory for Ventura once a year.

“Failure to do that [dredge] means the harbor will close,” says Ashworth, who mentions the competition between some of California’s large port cities, such as San Pedro and San Diego, makes it difficult at times to convince the Army Corps to dredge this area.

Aquaculture and farming seafood sources, such as mussels, grown locally is still in its infancy in California, but many cities along the coast are tapping into it as the ocean’s fishing environment change. Sometimes there are misconceptions about sustainable seafood and what it is, but there are many benefits Ashworth says. One of the best is that mussels are notably good for health and brain activity according to scientific research like National Institute of Health’s study on the mussel diet.

“Basically, mussels allow your brain to function at a higher level – isn’t that cool?” asks Ashworth.

“You know, anytime there is a new program or a new approach a lot of misinformation can easily percolate. For that reason, we’ve developed the website that is maintained by our coastal marine biolabs,” continues Ashworth, who reasons aquaculture is not just about building a food source but also educational opportunities.

“That’s how I got to know them – our son participated in their programs when he was in high school. He’s now going to Harvard Medical School in part because of their attentions. It’s an amazing group,” Ashworth continues.

Aside from his calling to make Ventura a sustainable seafood Mecca and his day job with the environmental consulting and engineering firm, Ashworth Leininger Group, he started with his partner nearly 20 years ago, Ashworth is a real boater’s commissioner. He always finds time to jump aboard his boat. Cruising through the Channel Islands is without a doubt one of his favorite places to be, which says a lot for Ashworth who loves fishing and outdoor sports on lakes, oceans and other waterways.

“I think an hour spent on the water is worth three to four hours spent on land. There’s nothing that compares to it,” says Ashworth.

He’s also an active member of the Ventura Sail and Power Squadron, an advocate for safe boating practices, and he and his wife Brooke are members of Ventura Yacht Club.

From an early age, growing up in New York City to a father who was a career-long marine casualty attorney, Ashworth found innovative ways to participate in boating activities.

“Ironically, we didn’t have a boat growing up. I depended on the kindness of strangers and boating clubs,” says Ashworth.

“I organized sailing club when I went to university back east. I find it very rewarding to introduce people to boating. I think if you’re young and you’re taunt the value of seamanship and the proper way to handle a boat, you are a much better decision maker as a result. You’re more able to handle challenges in life. It’s a great, great training ground for making great decision makers – and it’s also a heck of a lot of fun.”

As an adult, he transplanted to Ventura and he still marvels at the beauty of its coastal appeal, even after living there for 30 years. Ashworth met his wife in San Francisco and after visiting where she had grown up in nearby Oxnard, he felt it would be a great place for them to start a family.

“It’s probably one of the nicest areas I’ve ever found for boating, so I thought one day we should probably live in Ventura,” says Ashworth.

These days, many yacht clubs have been trying to boost the younger generation’s participation in the sailing sport, but Ashworth shared one piece of information that some might not be aware of in terms of boating’s ability to shape one’s life.

“I also think if you look in Los Angeles for some programs for the kids at risk who are the most successful are the ones who are involved in sailing or boat building. In San Pedro, they’ve had great success for introducing kids at risk to learning about the value of the water. I was told by a police officer from Los Angeles [those programs] have the lowest recidivism rate for at-risk kids.”

Overall, Ashworth hopes to continue to see Ventura grow. With a dock replacement program in place being reworked to accommodate larger vessels and plans for a harbor revitalization project, there is much work ahead.

“There is a lot of potential with our harbor that we haven’t realized yet. I think we could do a better job of making that walk around the harbor more pleasurable and entertaining and educational. I think at the end of the day, we’d like to see a trip to Ventura Harbor being one of the most rewarding things you can spend your time doing. It’s a working waterfront. It’s a vibrant commercial port,” says Ashworth.

“I hope these projects all provide those synergies, that people recognize that ‘hey, Ventura Harbor is truly a special spot.’”

Reappointed to the commission in July 2018, Ashworth will serve out his term until June 30, 2022.