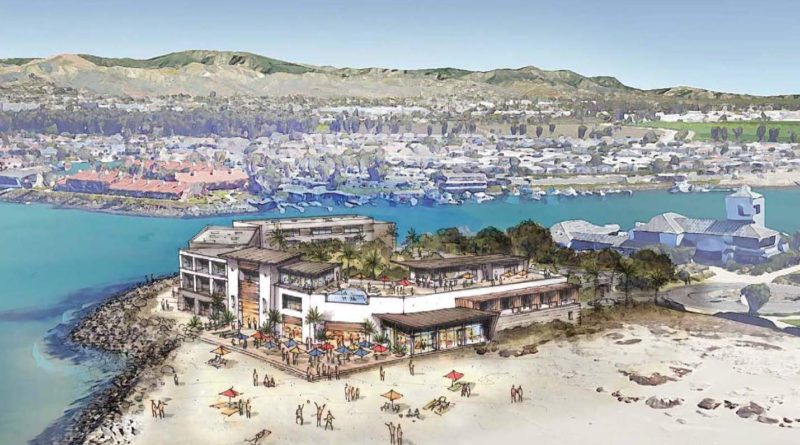 The Board of Port Commissioners unanimously approved the proposal by H. Parker Hospitality.

VENTURA ― A new boutique hotel and adventure lodge are coming to Ventura Harbor. The Board of Port Commissioners unanimously voted 5-0 at a Ventura Port Commission meeting for these two developments.

The developer, H. Parker Hospitality, presented the plans at previous meetings and was selected on May 24.

The locations for these two waterfront developments are at Parcel 5 and Parcel 8 in Ventura Harbor. 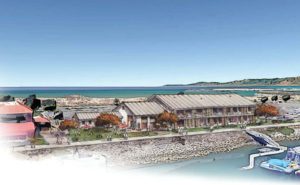 The plan for Parcel 5, the grass lawn between Ventura Harbor Village and Island Packers, is to develop a cross between an adventure lodge and hostel. The lodge/hostel would have private rooms as well as shared rooms with bunk beds.

This will provide people with a “base” to where they can stay as they explore the Channel Islands, according to Ventura Port Commissioner James Friedman.

At Parcel 8, next to the Channel Islands National Park headquarters, would be a 69-room, high-end, family-oriented hotel. The plan for this boutique hotel includes a water taxi and dock.

The original Request for Proposals (RFP) did not call for a dock as it is currently not “feasible on their parcel of land to have a dock that is accessible for guests and other visitors to access…for the water taxi,” according to Ventura Port District Oscar Peña.

Peña did say if H. Parker Hospitality and other tenants want to contribute to a water taxi to help fund it, the operation is something the Port District would consider. He also mentioned Portside Ventura, which is currently under construction at Parcel 15, 16 and 18, has agreed to participate in a water taxi operation.

Peña expressed appreciation for Pacific Heritage Communities’ participation in the RFP process saying their proposal was exciting, but just the size of the project created parking concerns.

“There were well over 100 people [at the May 24 meeting],” Peña stated. “I think that was the biggest crowd we had, and the H. Parker group received over 20 speakers. The majority, I would say all but 2 of them, were all in favor of H. Parker Hospitality.

“We got a lot of public comment saying that the scale of those two projects was just the perfect fit for the harbor and harbor village tenants and other neighboring tenants that would be adjacent to those development sites. I think our board was very happy with the comments they received from the public. I think that those kinds of comments are what really drove a unanimous decision by our Board of Port Commissioners,” Peña continued.

Now that a developer has been selected for Parcel 5 and 8, the developer has to go through next steps of approving plan details with the City Council of Ventura and the Coastal Commission as well as negotiate lease terms and conditions with the Port District.

“It’s not anything that’s going to happen in the near future unfortunately. It’s a long process that occurs with any kind of building on the coast here in California,” Friedman pointed out.

The owner of H. Parker Hospitality is Eli Parker, the son of Fess Parker – the actor for the Davy Crockett and Daniel Boone television series in the 1950 and 1960s.