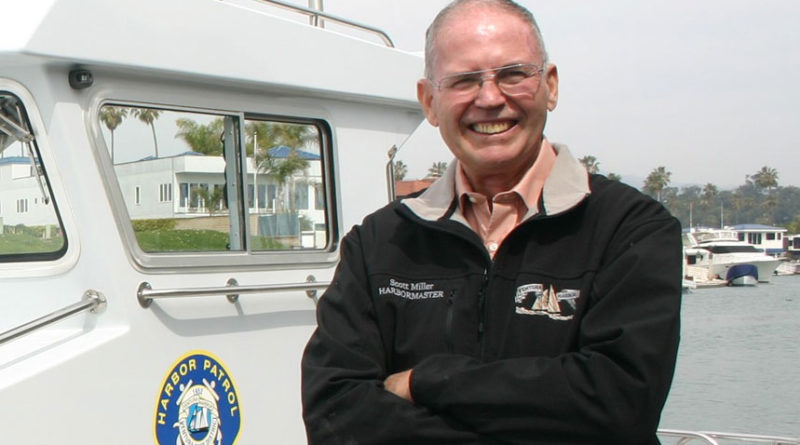 VENTURA — The Ventura Port District celebrated the retirement of Ventura Harbor Harbormaster Scott Miller with a party held Thursday, April 23 at the Greek at the Harbor. Miller officially retired as harbormaster on Saturday, April 25, two days after his 63rd birthday.

He is looking forward to his new career as a self-employed workplace investigator but will miss working at the Ventura Port District, according to a press release.

Miller joined Ventura Harbor Patrol in 1980 after leaving a job with the Long Beach lifeguards. He was named harbormaster in 2000 and led a department providing 24-hour law enforcement, rescue and emergency services, ever since.

Miller wore many hats for the port district in his 35-year career. For example, he helped create the curriculum for Cal Boating’s Masters Certificate of Achievement, which enhanced training for boating safety officers in smaller agencies. The retiring harbormaster also helped design and maintain the Ventura Port District’s first website, he took over Human Resource functions and helped with the professional development of the district’s 44-member staff.

He said he is most proud of establishing and continuing Harbor Patrol’s mission to be “committed to providing a safe harbor environment for the public through education, enforcement and service.” Miller also served as an ambassador for the port district by meeting regularly with marina managers, tenants and other agencies.

In addition to his time as harbormaster, he served on the Board of Directors and one year as president for the California Boating Safety Officers Association (CBSOA). Miller also was California Boating Law Enforcement Officer of the Year in 2003, which recognized his professional involvement both in CBSOA and as an instructor for Cal Boating’s Basic Boating Enforcement Course.