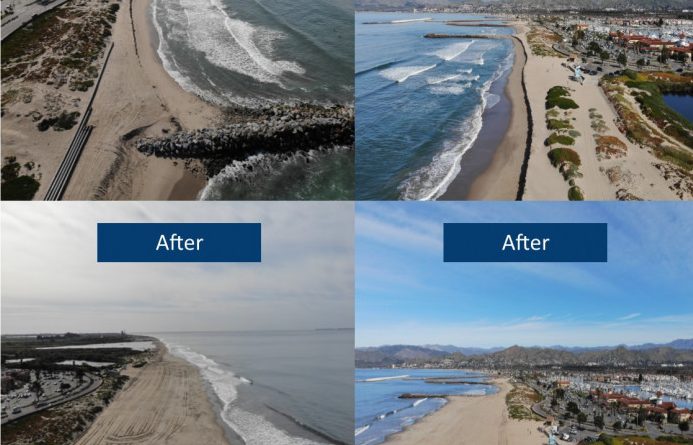 Ventura Harbor started their annual dredging last week and the project received a bump in funding from Congress.

Congresswoman Julia Brownley championed the $1.45 million bump in funding adding up to $6.245 million for the Army Corps of Engineers FY2021 Work Plan which includes the dredging of Ventura Harbor.

The Army Corps of Engineers is the federal agency tasked with the dredging of the federal entrance of Ventura Harbor, with funds allocated by congress.

“One of my top priorities in congress is fighting for the economic vitality of our region,” said Congresswoman Julia Brownley in a Jan. 26 press release. “I am pleased our efforts to increase funding for local ports and harbors continue to benefit our region. Ensuring our water-side infrastructure is properly maintained and our channels are dredged to the appropriate depths will ensure our ports and harbors can continue to operate, helping to fuel our economy and keeping jobs in our region. Infrastructure investment is always critical for our economy, but especially so during this time.”

The dredging process moves the sand that is trapped in the entrance of the harbor and reutilizes it to replenish the beaches to the south of the harbor. The beaches go through erosion throughout the year and the sand replenishes the beaches for public use and for habitat restoration for endangered creatures near the Santa Clara River like the snowy plover.

“Dredging does multiple things, it makes sure that commerce continues to flow and of course recreational activity continues to flow in and out of the harbor safely,” said Brian Pendleton, Ventura Port District General Manager. “It has other beneficial impacts… beach restoration, habitat restoration, and support of endangered species nesting grounds.”

The Army Corps of Engineers contracts out to a private firm and are in a multi-year contract with Manson Construction Company.

Manson just finished up a dredging project in Channel Islands before heading over to Ventura Harbor.

Based on estimates leading up to the dredge they are expected to move 550,000 cubic yards of sand from the sand trap to surrounding beaches.

There has been an increase in sand in the trap over the last few weeks due to the recent storms in the area, which Pendleton said is not atypical for this time of year.

The dredge is expected to take up to a month and is estimated to finish on March 12 or 13.