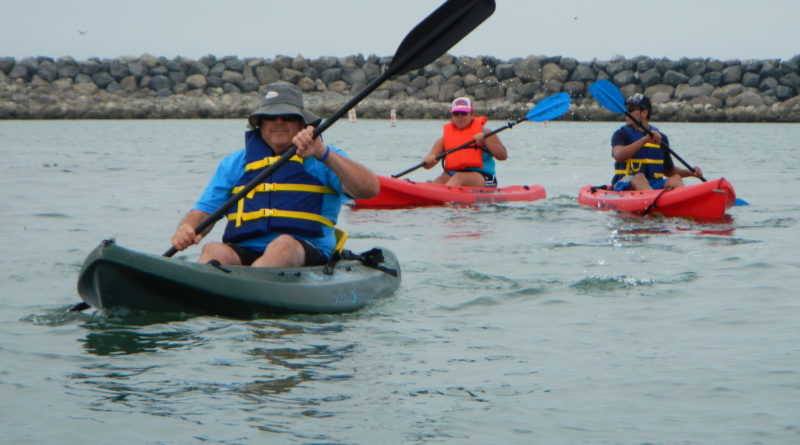 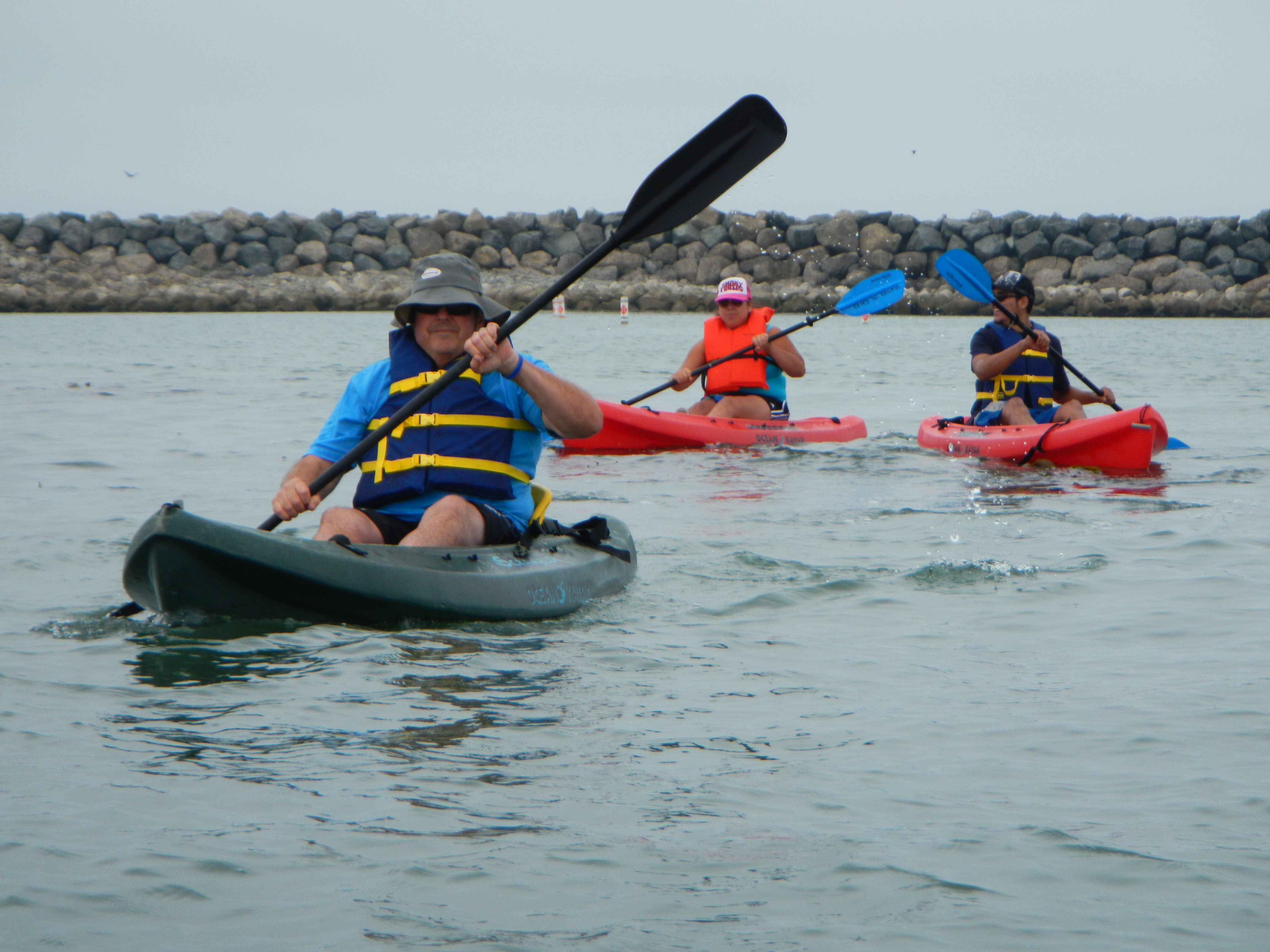 The idea first spawned about two years ago, when Baffa was hired to lead the pioneering of the coastal kayaking initiative. “I am the first executive director of our organization, so we have done a lot of work building up our infrastructure over the past 16 months,” she said. “By the time we were in a position to be able to host the program, the season was wrong, so we waited until last summer to launch it.”

The program, which runs two hours and costs $40 per person, includes all kayaking equipment, a short water safety course and an educational paddle around Ventura Harbor. The tour, led by two California State Parks lifeguards, offers an up-close visit with nature’s local residents.

“In the harbor, we often have sea lions, pelicans, gulls, cormorants and more, which can be spied as you paddle around,” Baffa said. In addition, participants can see the Channel Islands National Park visitor center and several commercial fishing operations, including squid fishing — and they will enjoy some very quiet and peaceful exploring around the Ventura Keys, Baffa said.

While the cost of the kayak program from Friends of Channel Coast State Parks is more than a traditional kayak rental shop might charge for an outing, there’s reason for that, Baffa said. All proceeds from the program help the organization to achieve its mission, which is to support educational programs and projects in the parks.

“Our program is not meant to supplant kayak rentals for other places; it’s meant to serve as an entry-level class that will get people out on the water and more confident in their skills, so that they will be encouraged to go out and rent or buy that kayak they’ve always wanted to try, but were afraid to commit to,” she said.

Since the program is still in its pilot stage, it is currently only offered once a month throughout the summer. However, due to its popularity, staff is looking into adding more classes.

“I am currently seeking funding to able to offer this program for free to underserved youth from our area,” Baffa said. “Once I am able to secure support for that, I would like to offer this class as close to year-round as the weather will permit.”

Currently, the program owns and operates 12 single-person kayaks and four tandems. Since the lifeguards occupy two, there are 18 spots available to guests.

Whenever she has the opportunity, Baffa said she will bring out her own personal kayak and join the group.

“I have been kayaking since attending college at California Lutheran University in Thousand Oaks, where I was very fortunate to have a wonderful professor and mentor that took groups of us students out on several occasions,” Baffa said. “I ended up working as a teacher’s assistant and lab assistant for her while I was in school, because she offered so many amazing opportunities to get out in nature and learn about the organisms in our coastal environment.”