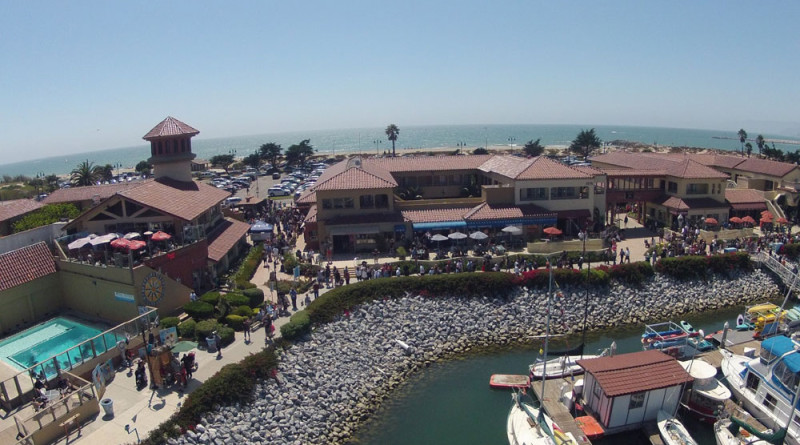 VENTURA — Visiting one of the two harbors in Oxnard and Ventura will certainly give boaters an opportunity to feel as if they are worlds away from the Los Angeles, Orange County or San Diego coast. Boaters at Channel Islands or Ventura harbors enjoy a close proximity to five uninhabited islands a few miles off the coast, popular eateries, yacht club privileges and reciprocity, and a myriad of boater-serving amenities.

The county’s northernmost harbor is home to four marinas, two fuel docks, several yacht clubs, a six-lane boat launch ramp, pumpouts, a yacht yard, a dry storage area, and the headquarters for the Channel Islands National Park. Below is an overview of other amenities available at Ventura Harbor.

Andria’s is known for its made-from-scratch clam chowder and Fish-N-Chips. The seafood eatery is popular among locals, visitors and tourists.

In the core of the village is 805 Bar, where diners can choose from a wide variety of grilled cheese sandwiches. A few feet away is The Greek, where diners can enjoy traditional Mediterranean food and fresh fish amidst panoramic views of the harbor and live entertainment (belly dancers and folk musicians, for example).

Those who have room for dessert might want to trek to Coastal Cone Ice Cream, located in between 805 and The Greek. Coastal Cone is one of two places in Southern California where you can order a Dole Whip (the other place is Disneyland). The Dole Whip can be enjoyed traditionally or as a pineapple float.

Boaters visiting or docked at Ventura Harbor can fill up at one of two fuel docks.

Visitors who do not have access to a slip at Ventura Harbor can take advantage of a complimentary 2-hour guest dock at Ventura Harbor Village Marina. Overnight moorages are also available. Contact the dockmaster at 805-218-4888 for availability and information.

Ventura Harbor Boatyard services both commercial and recreational vessels up to 165 tons in weight. The boatyard also offers crane and off-loading services. Fabrications, maintenance, repair and other services are done both on- and off-site. The boatyard is located at 1415 Spinnaker Drive and can be reached by phone at 805-654-1433.

The marinas of Ventura Harbor are liveaboard friendly. However two hotels and a timeshare are located at the harbor for boaters who wish to dock sleep on land for the night.

Four Points Sheraton and Holiday Inn Express Hotel and Suites are both located next to each other on the east side of the harbor. Holiday Inn is directly adjacent to Ventura West Marina.

Harbortown Point Marina Resort is a timeshare located at the top of the harbor.

Boaters who want to explore the Ventura area can also take advantage of a free downtown-to-harbor trolley service. The service runs from 11 a.m. to 11 p.m., Wednesday to Sunday, throughout Ventura. Pickup and dropoffstake place every 45 minutes at Ventura Harbor Village or Rhumb Line —The Sunset restaurant.

Residential docks mostly populate the city-managed portion of the harbor, while county officials spent the past few years backing and completing projects in hopes to make Channel Islands Harbor a more attractive destination for boaters and visitors. The county’s Board of Supervisors approved plans last month to renovate the harbor’s Fisherman’s Wharf.

A few destinations highlight the harbor, including Topper’s Pizza on the eastside of the county-operated portion of the waterfront and the soon-to-be-opened Mrs. Olsen’s Coffee Hut, which is moving from its Hollywood Beach location to Harbor Landing, which is Channel Islands Harbor’s equivalent of Ventura Harbor Village. The restaurant is a local favorite and was featured in a 2007 New York Times article as “a popular beachside diner known for its hearty dishes.” Breakfast burritos and large omelets highlight the menu.

Yolanda’s is a local chain restaurant known for its happy hour and healthy choice menus, lunch buffet, margaritas and Sunday brunch. The restaurant features a waterfront patio area with picturesque views of the harbor.

Fresco II and Yolanda’s are located near the corner of Victoria and Wooley at the northeastern edge of Channel Islands Harbor. There are docks located adjacent to the plaza.

The Boatyard – Channel Islands is the waterfront’s newest marina and is located on the east side of the harbor (3615 S. Victoria Ave., Oxnard). Boaters can access the yard’s 75-ton lift for haulouts. Other services available at the boatyard include painting and finishing, fiberglass and woodworking, mast and rigging, repairs, and plumbing. Plans are in place to install a new administrative building, dry storage crane, kayak racks, lockers and restrooms at the boatyard. The boatyard’s phone number is 805-985-6800.

A waterfront Farmer’s Market is held each Sunday at Channel Islands Harbor. The market is open from 10 a.m. to 2 p.m., rain or shine, and features about three dozen farmers selling fruits and vegetables, live music, and arts and crafts vendors.

Near the mouth of the harbor is the recently-opened Channel Islands Boating Center. The venue is a collaborative venture between California State University, Channel Islands, and the state’s Department of Boating and Waterways (Cal Boating). Students and Ventura County residents are offered educational and recreational opportunities to explore the water, learn boating skills, and educate participants of the marine environment.

The center’s lobby features various exhibitions on California’s marine environment and the difficulties we face in coexisting and maintaining local, regional and international habitats. Instructional courses in water safety, kayaking, sailing and windsurfing are also available. Funding for boating safety education and waterfront equipment at the center were provided by DBW.

Channel Islands Boating Center is located at 3880 Bluefin Circle in Oxnard (near the southern end of the harbor).

Boaters can moor their vessel at any of the islands (though there are no public moorings or all-weather anchorages, according to park officials).

Santa Barbara Channel can be rough to cross at times. The National Park Service says the channel is calmest between August and October. Winds can reach 40 knots near Santa Rosa and San Miguel islands. Calmer conditions exist near Anacapa and Santa Barbara islands, the two areas closest to Ventura’s coastline; these two islands are ideally located for smaller vessels. The islands still promise a world different than the Southern California metropolis. Channel Islands National Park is about 10 to 15 miles away from Ventura County, meaning the closest stretch of island can be accessed within an hour (depending on vessel type and weather conditions).

All five islands are ideal for hiking; the park regularly offers guided hikes. The absence of human habitation means the islands are remote and feature a diverse ecosystem, including fauna, flora and other natural resources.

Island Packers also offers trips to Channel Islands National Park for those who do not have access to a private boat.