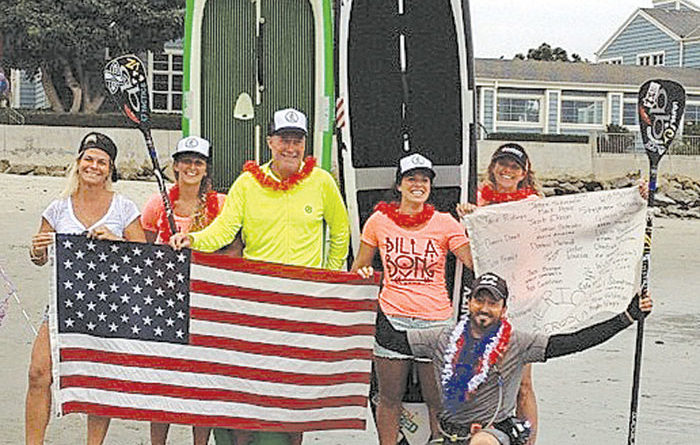 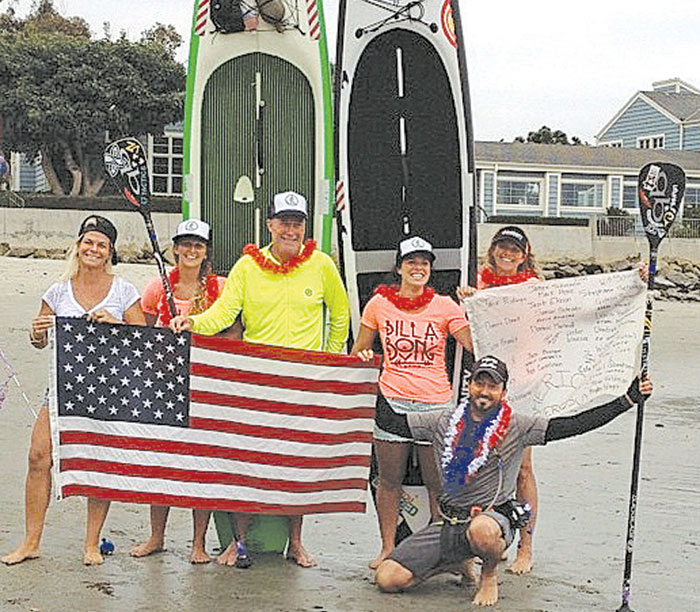 Paddling roughly 60 hours in a matter of seven days is a lot like playing a chess match. The task is a mental game. With little room for rest and recovery, each decision made must be fast and accurate.

Such is the philosophy of a man who has switched his “day job” from shooting down 5-foot slabs of fiery hot lead explosives from a 16-ton off-road vehicle, to stand-up paddleboarding, having recently completed a seven-day, 220-mile solo paddle through the five inner Channel Islands.

The blood and sweat that Schmidt put into his paddling went directly to raising money for the Wounded Warriors Project, a foundation dedicated to aiding veteran soldiers in their transition back into society.

“The mind wants to give up long before the body,” explained Will Schmidt, a veteran Marine who served five years as a stinger missile gunner. “You really have to practice disassociation to be able to overcome it.”

And that’s exactly what Schmidt did, as he paddled from Channel Islands Harbor to Anacapa Island, to Santa Cruz Island, to Santa Barbara Island, to Cat Harbor, to San Clemente Island, and to Avalon, before paddling into Dana Point Harbor — on an almost-all-liquid diet.

“In an anabolic physical state, solid foods aren’t always a good choice, so I had to learn to accept my nutrition through pills and powders,” Schmidt said. Despite his stomach feeling empty, the veteran was able to get the proper nutrients he needed — and in just the right quantities.

Whenever he was out of breath — and battling 20 knot headwinds through a 16-mile channel — Schmidt repeated something to himself that he used to have yelled at him in the Marine Corps. “This is what you asked for!”

At night, Schmidt slept on his support crew’s 34-foot Catalina sailboat, Campbell’s Sloop, where he was rewarded with a few hot meals throughout the voyage.

There were also a few live obstacles in his way. “I got hit in the butt by a flying fish in the middle of the night on the northwest side of Catalina Island,” Schmidt recalled. “A dolphin stampede crossed right through our path at one point.” He also crossed paths with sunfish, sea lions, elephant seals, bat rays and pilot whales.

Eventually, the veteran ended up on San Clemente Island, a restricted naval weapons station. “We were given exclusive permission by the Fleet Command to use the Northwest Anchorage overnight,” Schmidt said. “We even had a Navy destroyer patrolling the island, who was chatting up my captain on her VHF while I made my approach.”

Schmidt said he got away with collecting a tiny souvenir bag of sand on the island’s shore before taking off, which he credits to his “good ol’ Marine Corps’ charm.”

Altogether, five stand-up paddleboard records were set on the trip, Schmidt said. He became the first person to stand-up paddle the five inner Channel Islands from shore to shore, the first person to paddle the Catalina Channel lengthwise twice, and he laid claim to the most miles paddled in the Channel Islands — beating the previous record held by Karen Wrenn at 150 miles. He, unexpectedly, set a record Catalina Channel crossing time for a 14-foot solo effort — and the all-time solo SUP record — at 7 days, 47 hours, 33 minutes.

Proceeds from Schmidt’s fundraiser will be donated to the Wounded Warrior Project,  to aid returning veterans suffering from anxiety, depression and post-traumatic stress disorder with research. Proceeds will also go to support the Casa Hogar orphanage in Mexico.

For more information, or to make a contribution, visit areyouinspiredyet.com.