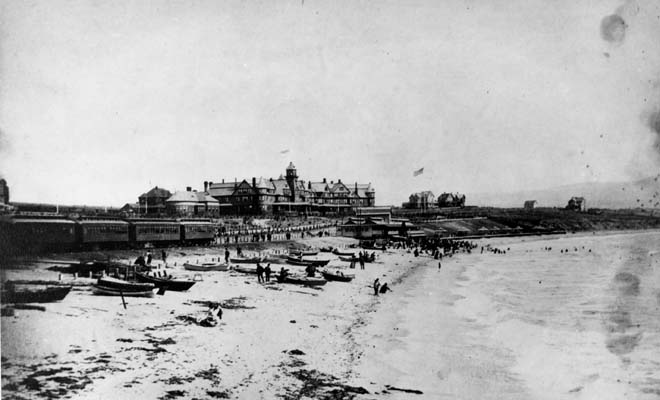 REDONDO BEACH — In recent years, Redondo Beach has been known for the struggle in bringing a newly revitalized waterfront to fruition. In 1890, however, Redondo Beach was considered one of the best vacation spots around, as seen pictured here. This was the year the Hotel Redondo opened, which was considered one of the most refined seaside resorts. The railroads, which are also seen in this picture, brought many people to California’s coast.

According to Redondo.org: “The Redondo Railway Company and the Santa Fe Railroad left Los Angeles daily for Redondo at regular intervals. Eventually the city was served by Henry Huntington’s Big Red Electric Cars.”

Perhaps in the near future, Redondo Beach will once again be known as a bustling tourist spot.