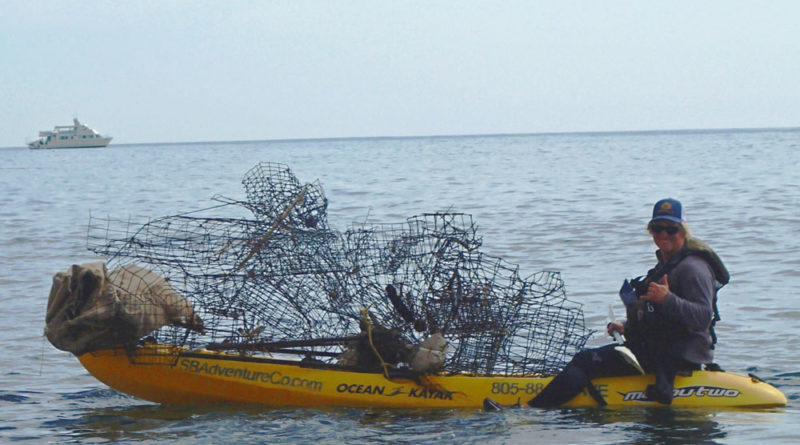 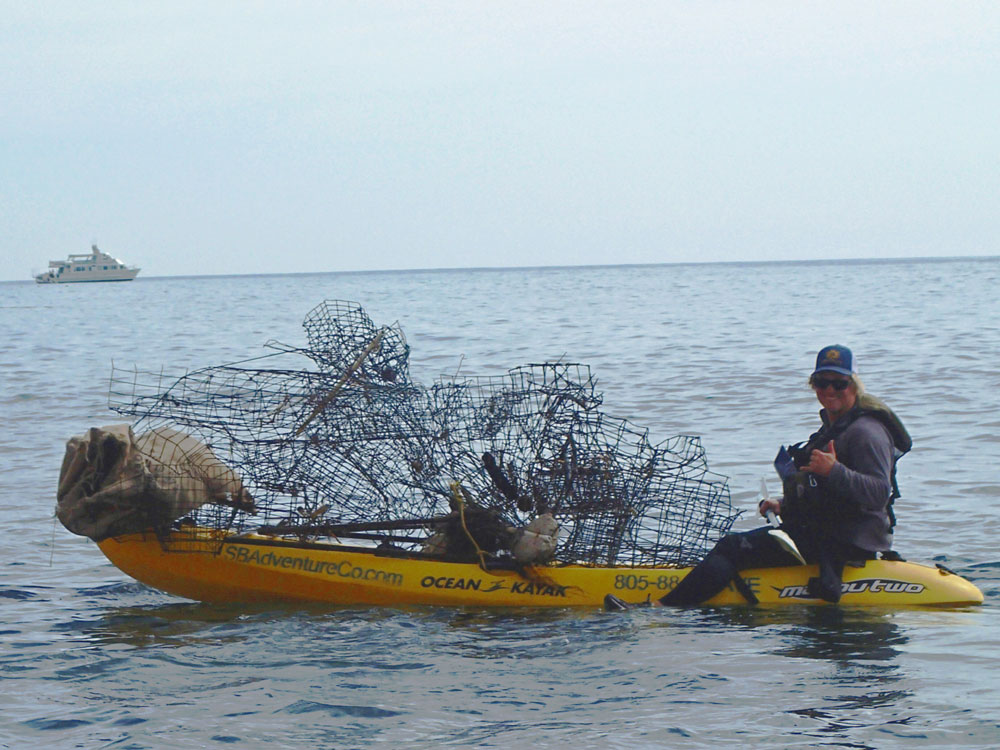 SANTA CRUZ ISLAND—Thirty-eight volunteers joined together onboard the Island Packers ferry Islander and headed offshore to the east end of Santa Cruz Island to remove trash from several beaches.

For the past decade teams of volunteers from diverse backgrounds have gathered together each year to remove trash build up from the Channel Islands National Park. This year, more volunteers than ever weret involved.

“It was a great turnout and everyone was thrilled to be a part of this important project. We all depend on a clean environment and this is one way we can help the cause,” Brodie said.

Michael Cohen, owner/director of Santa Barbara Adventure Co., has become the lead coordinator for this project, “Santa Barbara Adventure has been involved the last eight years. With the help of business associates and friends we were able to put together a coalition of like-minded people who care about the Channel Islands National Park and the National Marine Sanctuary.”

Volunteers got in kayaks and went ashore. An inflatable skiff was also taken to land volunteers on the beaches and help with shuttling trash back to the boat.

“We removed the Islander’s aft deck seats and covered it with tarps to convert it to a ‘garbage scow’. We removed 1,300 pounds of trash and had to leave about a ton more. We just ran out of room,” Brodie said.

Trash consisted mostly of plastic, but some unusual items were picked up as well, like an actual message in a bottle.

“A boy fishing with his father in 2003 sent ‘sea mail’,” Cohen said. “He put the year, his name, and age and phone number on the message. My 8-year old Aiden was onboard and he asked if we could contact him. We have tried without success. We took a picture and have posted it on Facebook. We hope he responds.”

“This year we found an unusual amount of fishing gear and lobster pots, we suspect that is due to the extreme swells from winter storms and hurricanes from the south,” Brodie explained. “Some of my fisherman friends said they would like to help next year and would be able to reuse some of the gear. We all count on a clean ocean.”

Cohen is already planning next year’s trip, with a twist. “There is a growing tourism segment called voluntourism where people travel to great places and give back by paying to participate in good works and, help cover the cost. Next year, I hope to have such a trip for this effort. You have never seen so many enthusiastic and happy people digging through the sand to collect trash!”