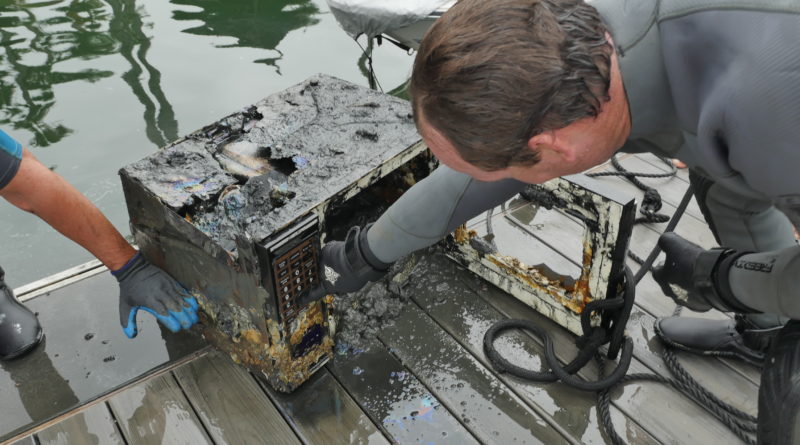 SAN DIEGO—Community volunteers, Port of San Diego staff and tenants and law enforcement groups are teaming up to take on trash in and around the San Diego Bay.

The San Diego Port Tenants Association (SDPTA) is holding its annual Operation Clean Sweep Saturday, Aug. 24 at 8:30 a.m. and is looking for boaters, walkers and divers to volunteer for the bay cleanup event.

This year’s event is expanding to four of out of five San Diego Bay cities: San Diego, National City, Coronado, and Chula Vista. There will also be one additional cleanup site this year, making the total number of sites 19.

The public is invited to join cleanups at Barrio Logan, Chollas Creek, Half Moon Marina, Marina View Park and Pepper Park. All the sites are family orientated, except Chollas Creek, which is recommended for adults only. Port staff and tenants, local businesses, military members and Harbor Police will also be participating.

SDPTA reports that in 2018, 1,225 volunteers hauled 46,830 pounds of trash from 18 sites on the San Diego Bay. The amount of trash collected last year was almost double the nearly 24,000 pounds hauled out of the water and surrounding area in 2017.

Participants are encouraged to save their unique findings for a contest. Prizes will be given to those with the most unique trash finds. Last year’s finds included a rug, toilet, Milwaukee banner, Gucci bag, yoga mat, mermaid statue, bicycles and household appliances. Unique finds from previous years include a bubble gum machine, a bag of 12 gauge shot guns and a message in a bottle.

Volunteers can register online at conta.cc/2XTTf8W or onsite at 8 a.m. prior to the cleanup. Participants will need to fill out and turn in a waiver to participate, which will also get them a t-shirt, gloves, trash bags and water. Waivers can be found at sdpta.com.

All volunteers are invited to an after party at Cesar Chavez Park from 10:30 a.m. to 12:30 p.m. There will be a taco stand, drinks, raffle, photo booth, live DJ and more. Volunteers must wear their Operation Clean Sweep t-shirt to get free entrance to the after party.