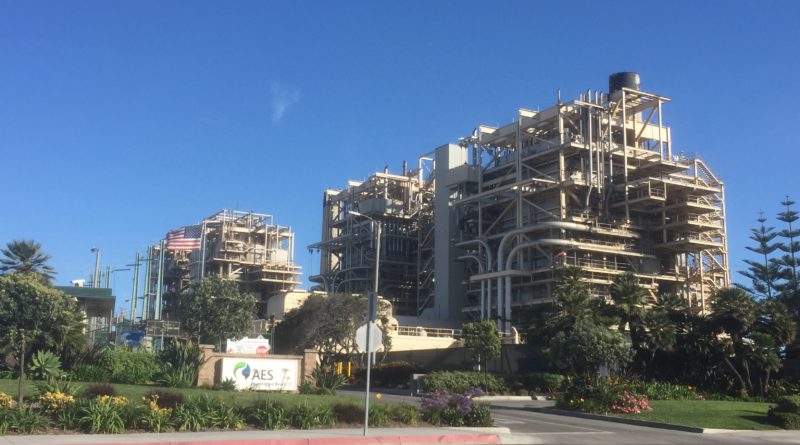 Board members hope to make a decision on proposed desalination plant in Huntington Beach during Sept. 17 meeting.

HUNTINGTON BEACH—The city of Huntington Beach and Dana Point share a few things in common. They are both coastal cities within Orange County. They are both popular destinations for tourists. And they have both been waiting for a major project to come online.

Dana Point has been waiting 23 years (and counting) for its harbor to be revitalized. Plans to build a desalination plant on the Huntington Beach coast, meanwhile, have been in place since 1998 – that’s 22 years of waiting, for anyone counting at home (or on his or her boat).

At least the only question in Dana Point was when, not if, the harbor would finally become a reality.

Several miles up the Orange County coast there is still a question of whether the old AES Huntington Beach power plant on Pacific Coast Highway will be converted into a desalination factory. The Santa Ana Regional Water Quality Board met on Aug. 7, with plans to deliver a decision on Poseidon Water’s plans to build a desalination plant on the Huntington Beach coast. Board members ended up delaying the vote.

The fate of Poseidon’s request to build its desalination plant will now be the subject of the Water Board’s next meeting, which will be held virtually on Sept. 17.

A vote on the Huntington Beach plant has been anticipated since late last year. Poseidon Water specifically hopes the Water Board will renew a permit, which is required for the project to move forward. The Poseidon plan needs the Water Board’s blessing in order to move on to the California Coastal Commission, where another permit would have to be granted.

Only with permit approvals from the Water Board and Coastal Commission could Poseidon then approach the Orange County Water District and consummate a deal to provide the agency with 50 million gallons of converted saltwater each day.

Construction on the desalination plant would occur only after Poseidon finalizes its agreement with Orange County Water District.

But the path from today to the day the ink dries on the Poseidon/Orange County Water District contract is anything but a straight one, as members of the Regional Water board still have questions about the proposed plant.

Water Board staff acknowledged, at the outset of the Aug. 7 virtual meeting, any decision made by the regional agency would be upsetting to someone. Those making the case for water security would be upset if the Water Board rejected Poseidon’s request for permit renewal. Locally sourced water is necessary to protect against drought, proponents of the Poseidon plan have long stated. The ocean would be able to provide that water source, permanently.

Environmentalists and consumer advocates, on the other hand, would be quite disappoint of the same permit renewal request was approved. Chief concerns here include the plant’s effect on marine life and the increased cost of water to ratepayers.

One of the most vocal critics of the desalination plant proposal has been Water Board member (and vice chair) William von Blasingame. Poseidon Water, he said, must complete its mitigation requirements before being allowed to become operational, at the latest (and, ideally, before any permits are issued).

“We know this plant is going to cause environmental harm,” von Blasingame said. “We should make sure that the mitigation is done.”

Mitigation and restoration measures were the two things Water Board Chair Daniel Selmi wanted to see in place before the agency he sits on grants Poseidon its permit.

“As it stands now … I couldn’t vote to approve this, there are too many uncertainties,” Selmi said. “I like the direction [Poseidon’s proposal) is going in, but mitigation is one of my big concerns here.”

“It’s not affecting any habitat,” Maloni said of the proposed plant. “The effects of the intake and discharge of seawater, instead, are entraining larvae fish one millimeter and smaller, and those larvae fish species are supported by different types of habitat.”

“We think the proposal your staff has recommended … represents compliance with both the spirit and intent of the Ocean Plan. We think it’s an improvement upon the recommendation your staff made [one week before the Aug. 7 meeting],” Maloni told board members. “We believe it allows for a feasible mitigation project, which is a requirement under the Ocean Plan.”

The permit Poseidon Water is seeking to have renewed was first issued in 2006; it was renewed again in 2012 and allowed Poseidon to discharge up to 60.3 million gallons of wastewater daily. The permit renewal was set to expire in February 2017. Poseidon has been trying to obtain another renewal ever since.

Part of the delay: Water Board staff and members deemed several modifications to the project since the 2012 permit were “material,” and, accordingly, required additional scrutiny. The light at the end of the permit renewal tunnel appeared to be appearing in late 2019, when there were hints of the Water Board inching closer to a vote. A vote indeed seemed to be on the horizon at the start of 2020, but the Coronavirus pandemic caused meeting delays, and the Water Board opted to have virtual informational workshops, vetting Poseidon’s proposal into August.

The proposed desalination plant would be built at the old AES Huntington Beach power plant, located at the intersection of Pacific Coast Highway and Newland Street. Poseidon Water hopes to use the 12-acre plant to produce 50 million gallons of potable water daily. The price tag for the desalination plant is north of $1 billion.

Proponents of the project say the desalination plant is necessary to provide Southern California with water security during cyclical drought seasons. Opponents, on the other hand, say the billion-dollar project would be harmful to low-income ratepayers. Others have argued the proposed desalination plant on the Central Orange County coast is not environmentally friendly.

Will the Water Board finally vote on the permit renewal on Sept. 17? The Log will report on whatever action the board takes; visit thelog.com for updates or read the story in the next print edition.

2 thoughts on “Water Board again punts on Poseidon decision”