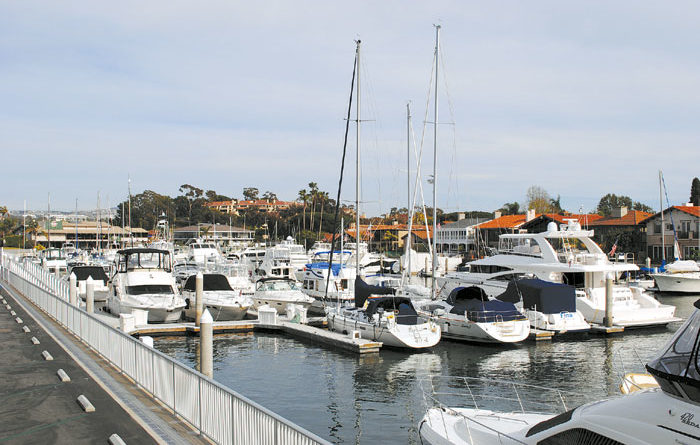 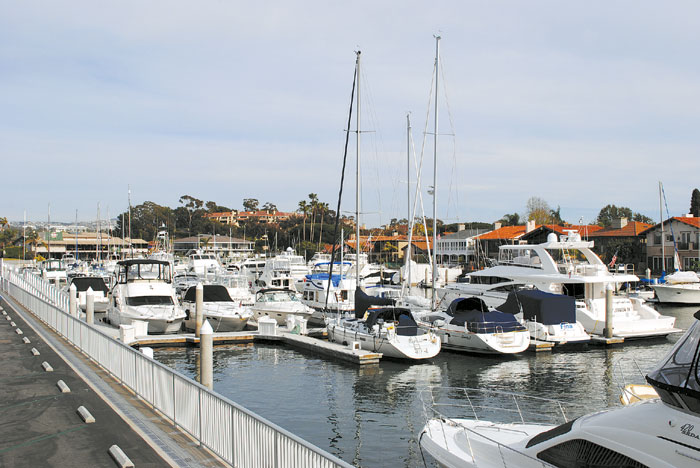 NEWPORT BEACH — The boater advocacy group Recreational Boaters of California (RBOC) has drafted a letter urging the U.S. Environmental Protection Agency to speed the adoption of a formula that establishes acceptable levels for dissolved metals in salt water nationwide. If it is approved, Newport Beach may be able to avoid having a Total Maximum Daily Load (TMDL) regulation imposed to reduce copper — similar to current limits in San Diego’s Shelter Island Yacht Basin.

“The standard currently used by the regional water board is based on studies done using distilled water, not salt water,” explained Karen Rhyne, South region vice president of RBOC. “The science is clear that copper has a very different reaction in salt water — and the toxicity levels are vastly different.”

The limit for the amount of suspended copper allowed in the water has been set statewide at 3.1 micrograms per liter, but recent research in San Diego and elsewhere has indicated that the level may be set too low. A completed study in San Diego Bay found that copper levels above the 3.1 microgram threshold were not resulting in any harm to sensitive bay plant and animal species.

“At 3.1 micrograms per liter, things don’t necessarily drop dead, but it’s slowing things down: It’s harming reproduction and having an impact on the marine environment,” charged Ray Heimstra, associate director of the environmental group Orange County Coastkeeper. “In order to not have that, you need to have your copper concentration below 3.1.”

In 2002, the U.S. Environmental Protection Agency asked states to develop state-specific standards. However, California and other states did not comply. As a result, the EPA set the standard for California. Now, RBOC is asking the state board to approve a Biotic Ligand Model (BLM) for salt water, which is currently under final review by the agency.

The BLM is a formula that lets harbors come up with a number specific to the water body, taking into account PH and carbon levels, as well as other elements. EPA’s approval of the BLM would provide the Regional Water Quality Control Board with another science-based approach to retest water bodies for acceptable copper levels.

Orange County Coastkeeper has looked at using the BLM calculation, and the group determined that the number Newport Bay needs to meet “is still pretty close to 3.1,” Heimstra said. “Using that other number won’t make much difference.”

The Regional Water Quality Control Board’s proposed TMDL action has been on the city’s radar for years, and the topic has been the subject of discussion at several Water Quality/Coastal Tidelands Committee meetings. Orange County Coastkeeper has presented study findings to the committee at several meetings.

“Frankly, we were all pretty skeptical, because what we were seeing wasn’t very convincing of the impact,” said Newport Beach City Councilwoman Nancy Gardner, who sits on the Water Quality/Coastal Tidelands Committee.

“We don’t need to completely eliminate copper from Newport Bay, but we do need to get it to the appropriate level,” he added.
Since 2005, Orange County Coastkeeper has been seeking to lower copper levels in the bay, after a study showed boats — which are typically painted with copper-based antifouling hull coatings — to be the main contributors to high copper levels in Newport Harbor.

For the past four years, Orange County Coastkeeper has run the Newport Bay Copper Reduction Program, an incentive plan for boaters who keep their boats in Balboa Yacht Basin. The program has offered to pay a portion of the cost for boaters to switch from copper-based hull paints to non-biocide paints. The cost for a non-biocide paint job would normally be about $5,000 for a 30-footer. Under the incentive program, Orange County Coastkeeper would pay $3,600, leaving the boat owner to cover the remaining cost of $1,400.

Although the program offered to pay 75 percent of the bottom paint application cost up to $4,000, local boaters remained wary about stripping their boat of copper-based hull paint in exchange for new environmentally friendly coatings. Other reasons vessel owners may not have participated in the program include the ongoing controversy surrounding whether current bay copper levels actually pose any significant hazards to marine life.

Steve Auerbach, owner of the Catalina C250 sailboat PiSeas II, keeps his vessel in Balboa Yacht Basin and was the first boater to take advantage of the eco-friendly bottom painting incentive program. In 2012, two years after new eco-friendly Interlux paint was applied, PiSeas II was hauled out to see how the paint was performing.

“It still looked like a brand-new paint job,” Auerbach wrote in a 2012 edition of Mainsheet, a publication for Catalina boat owners.
“The removal of copper paint makes it cost-prohibitive for most,” he wrote. “But if incentives continue, maybe we can all look forward to cleaner, healthier waters — and thriving and healthy sea life.”

Ultimately, the incentive project did not meet its goal of converting 80 vessels to eco-friendly paint. Only 10 boat owners participated in the program.

“There were difficulties with the project, but it basically showed us there is going to need to be a lot of work done to deal with the copper issue in Newport Bay,” he said.

In 2006, the Orange County Coastkeeper study on metals in Newport Bay determined copper and sediment levels in marinas were higher than outside the marinas. The study‘s findings “pointed toward boats as the primary source of copper.”

Other components to the Copper Reduction Program included a two-year study that sampled water and sediment from eight marinas and adjacent channel sites in Newport Bay, to determine if boats were contributing to elevated copper levels in the harbor. A stormwater analysis was also part of the study.

According to Orange County Coastkeeper, of the EPA’s estimate of 50,000 pounds of copper released into Newport Bay each year, approximately 700 pounds comes from storm drains (carrying copper brake pad dust and other contaminants) and approximately 7,000 pounds of copper flows into the bay from the creeks. That, Coastkeeeper said, makes boats the major contributor to the bay’s high copper levels.

Copper-based antifouling hull paints have been the industry standard since the 1980s, when tributyltin (TBT) was banned as an antifouling paint ingredient. Copper-based paints are designed to leach copper to prevent algae and barnacle growth — and they were originally hailed as environmentally friendly, because they used a naturally occurring element to deter marine growth on hulls.

Additional copper from painted boat hulls is released during underwater hull cleanings by divers, and researchers said this can lead to waterborne copper levels that inhibit marine species growth in harbors.

So, how many boats will need to make the switch to non-copper hull paints, in order to reduce copper concentrations in the bay? The answer is unknown, according to Orange County Coastkeeper.

Orange County Coastkeeper sought answers to that question through the Newport Bay Copper Reduction Program, but a lack of boaters using the new paints prevented the organization from arriving at an answer, Heimstra said.

“We didn’t convert enough boats to see a drop in copper concentration in Balboa Yacht Basin,” Heimstra explained. “We had to give incentive money back to the federal government because we, literally, couldn’t give it away.”

Councilwoman Gardner said it would have been in the city’s best interest to be able to demonstrate to the Regional Water Quality Control Board how copper levels were affected when a significant number of vessels were converted to non-copper-based hull paints.

Although the program did not hit its targets, the four-year project did help get the word out about non-biocide paints and alternatives to copper-based paints, Heimstra said.

Heimstra will present findings from the Newport Bay Copper Reduction Program in May. While copper levels vary throughout the harbor, they are not “wildly” above 3.1, he said.

In 2008, Port of San Diego officials launched a two-year antifouling paint study after the waterway was cited in 1996 by the San Diego Regional Water Quality Control Board for high levels of copper. The board issued a TMDL regulatory order that now requires the port, marinas, yacht clubs, hull cleaners and boaters to reduce copper pollution in the basin by up to 76 percent by 2022 — or fines will begin to be assessed.

Since that order, the port has identified copper-free hull paints that it said protect the environment without reducing boat performance.

City officials and boating advocates hope to prevent the same regulations from being imposed on Newport Harbor. If TMDL regulations are adopted, the city would be required to meet an implementation schedule, which could be similar to that of Shelter Island.

“Once TMDLs are established, they are hard to get out of,” Gardner said. “It can be a huge cost to the city and harbor users. We just want to be sure that the science is there (to justify such a drastic move) — and so far, I haven’t seen anything that convinces me.”

The Southern California Regional Water Quality Control Board staff is currently working on developing an implementation plan for a copper TMDL order, but it has not yet established a timeline for implementation. Once completed, the plan will be released and staff members will work with local agencies involved.

RBOC has drafted a letter to the EPA, asking the government agency to use the approved BLM for fresh water. State Assemblyman Allan Mansoor (R-Costa Mesa) and State Sen. Mimi Walters (R-37th District) have also been asked to sign the letter.