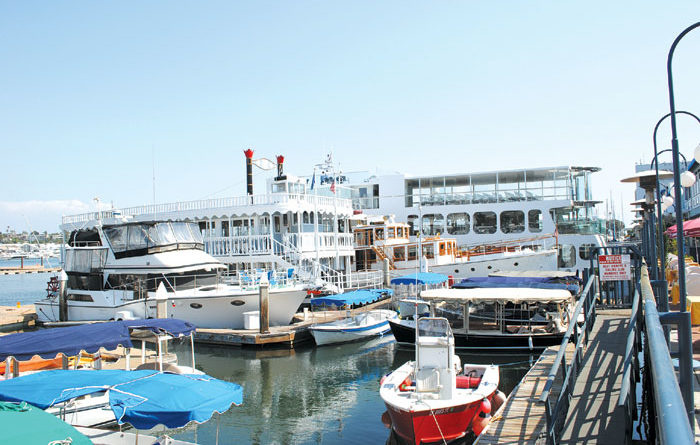 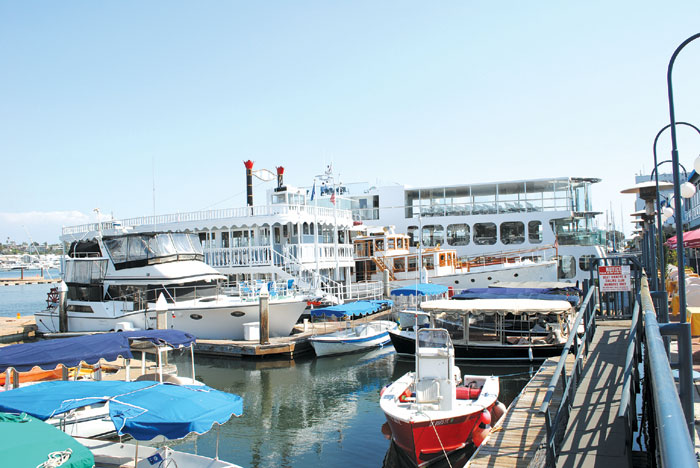 NEWPORT BEACH — After watching Newport Harbor boaters who were mooring holders get hit with a 300 percent fee increase in 2010, owners of commercial marinas and waterfront businesses who are facing an even bigger fee hike from the city for their tidelands use are looking at new options to prevent exorbitant charges.

Over the past month, a Tidelands Stakeholders group has formed to discuss possible actions to take, moving forward. The group decided that taking a political route could be beneficial for dealing with the city’s Harbor Charges Committee (tasked with taking a comprehensive look at harbor fees) and Newport Beach City Council members who will ultimately approve or reject plans for higher tidelands fees.

The meetings have resulted in the formation of the Coalition to Preserve Newport Harbor Political Action Committee — a PAC that can raise money to endorse political candidates the organization believes have the harbor’s commercial business interests in mind.

The move follows the path blazed by Balboa Island homeowner Bob McCaffrey and his Stop the Dock Tax PAC, which was formed by residential pier owners in Newport Harbor who were aware that they were next to be targeted by city fee increases. Fees were planned to be increased in three phases: Phase 1 was the mooring and public dock fee increases of 2010; Phase 2 is the commercial marina and commercial pier fee increases currently in the works; and Phase 3 will include increases in private dock fees.

Currently, city council members Ed Selich, Mike Henn and Steve Rosansky, along with City Manager Dave Kiff, have crafted a commercial marina dock fee increase to go from the current 36 cents per square foot yearly permit system to a “20 percent of gross income” lease agreement — a rate that some marina owners claim will be nine times higher than their current rent.

Chief Financial Officer Gary Pickett of Ardell Marina — which has around 56,000 square feet of dock space in Newport Harbor — said he understands the need for a rate increase, but he does not see the justification for the 20 percent of gross income assessment the city is currently looking for.

“It’s preposterous,” Pickett said. “We knew a rate increase was coming, and it was going to sting, but a nine-times increase is a fatal blow.”

Pickett, along with Lido Yacht Anchorage Chief Executive Officer Tom Purcell, developed a three-year phased-in fee increase plan they believed was fairer: a 90 cents per square foot yearly permit system, providing a 250 percent fee increase that would stay away from gross revenue percentages and keep the city out of the private business’ books.

The city was reportedly not so receptive.

“We offered two-and-a-half times what they’re currently getting, and it was wholly rejected,” Pickett said.

The reason for the demand for the severe fee increases, according to city officials, is a state mandate ordering municipalities controlling the use of state land and tidelands to charge a “fair market” value for its use.

At an April public meeting on the fees, Kiff touched on the topic.

But how the city has determined the value of tidelands and upland properties has marine business owners concerned — and it led them to look toward funding their own forensic appraisal of the harbor.

The city is using a 2006 appraisal conducted by Netzer and Associates that found commercial marinas on five- to 30-year leases to be valued at a gross income fee between 16 and 22 percent. The city also looked at the county-owned marina leases in the harbor, which are set at a 20 percent of gross income rate.

“What causes me heartache is that our future is in hands of a couple of appraisers,” Pickett said. “This ad hoc committee will stand behind this Netzer appraisal and say this is what fair market value is: This is what you have to do.”

But members of the Coalition to Preserve Newport Harbor PAC, along with the Stop the Dock Tax PAC, believe the harbor’s unique relationship between landowners and the city, which has relied on private funds to maintain and improve the tidelands and uplands areas since the harbor’s creation, create a situation unlike that at most harbors, where uplands and tidelands are joined through one long-term commercial lease.

John Vallely, owner of the commercial waterfront building at 309 Palm St. and a marina on Balboa Peninsula, was moderating during the July 24 Tidelands Stakeholders meeting, and he talked about the effect the proposed increase would have — not just on marina owners, but on the small, harbor-dependent waterfront businesses, boat rental businesses and others.

“When the city talks in terms of a 20 percent gross fee, they may get that on government property; but you can’t compare that to a property where the uplands fee ownership is private,” Vallely said.

For 75 years, Vallely said his family has provided the electricity and water, built the bulkheads, dredged out underneath the floats, and built and maintained the docks without support from the city or the state.

“Most of the stakeholders are private owners, or a private operating business: and the government is saying they want to take 20-percent of gross, be involved in our bookkeeping and be involved of every aspect of it? You can understand why there’s pushback,” Vallely said.

In addition to the request for another appraisal to be used in the determination of the commercial dock fees, the newly formed PAC is planning to request that the city perform a forensic audit on its Tidelands Fund, which many believe budgets too much toward non-harbor-related items

Over the years, the Tidelands Fund has developed a steady $10 million to $15 million budget shortfall, which is covered by the General Fund. While the fund budgets for harbor dredging, maintenance, Harbor Patrol, seawall replacement and more, former Newport Mooring Association director Mark Sites pointed out that since 1999, the revenue has increased slightly, but tidelands expenses have risen greatly, with a large chunk of the budget going to public safety.

The Tidelands Fund has both the city’s beaches and the harbor to monitor and maintain — meaning that harbor, lifeguard and police patrols are to be included in the budget.

“At one time, over 22 percent of the city’s police and fire budget was being charged to the Tidelands Fund: It was somewhere near $20 million,” Sites said, who was teleconferenced into the July 24 stakeholders meeting. “They may have cleaned up the public safety costs now, so now they may need to create a large Capital Improvement Program to create new costs.”

The improvements Sites was referring to are part of the Tidelands Management Committee’s 10-year, $109 million Tidelands Infrastructure Management Plan (TIMP) in the works that will cover an expensive seawall replacement project, along with numerous maintenance and improvement projects in the harbor.

PAC veteran and political consultant Dave Ellis of Delta Partners LLC is helping guide the Coalition to Preserve Newport Harbor PAC, and he was involved in the creation of McCaffrey’s Stop the Dock Tax PAC.

During the meeting, Ellis said the city will most likely reject the audit request, but the PAC could fund its own forensic request with a certified public accountant.

“They can deny your request for them to do an audit, but they can’t deny access to their books,” Ellis said. *eot