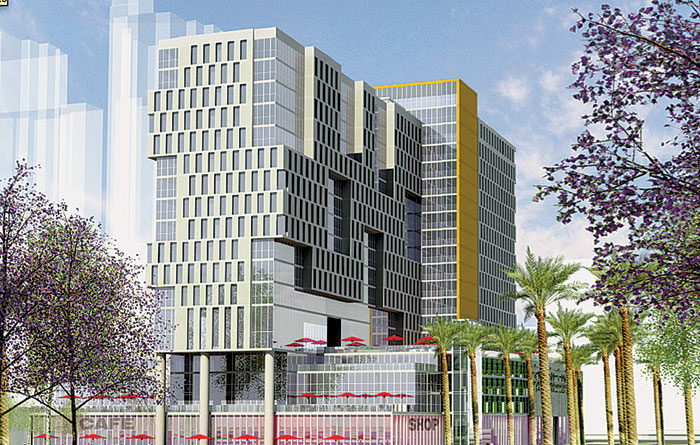 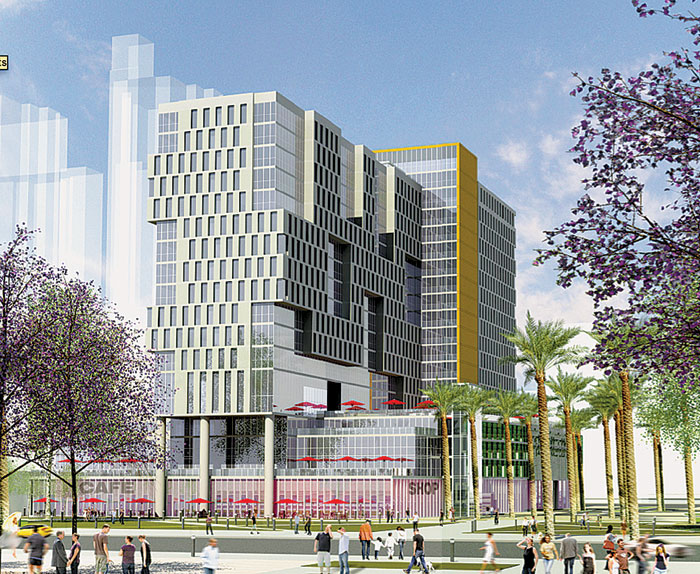 SAN DIEGO — The California Coastal Commission approved the construction of a hotel on the San Diego Bay waterfront four months after the Board of Port Commissioners consented to the project’s conceptual design.

“The Lane Field project is a catalyst for the long-awaited improvements that will benefit visitors, tourism and San Diegians alike,” said Mike Leslie, interim president and CEO for the San Diego Regional Chamber of Commerce, in written correspondence to the California Coastal Commission. “The waterfront is critical to our economy, and we are confident that this project will be a positive addition to the jobs and opportunities in our region.”

The design, by LPP Lane Field LLC, will include a 400-room dual-branded hotel in a single tower where the Pacific Coast Padres ballpark once stood. Located at Broadway and Pacific Highway, the $120 million project is part of the plan to redevelop of the North Embarcadero.

Scheduled to be constructed in two phases, the first phase includes a 250-room hotel comparable to a Hilton Garden Inn and an extended-stay 150-room hotel comparable to a Homewood Suites, according to the port. The two hotels would share common elevators, but have separate lobbies. The plan also calls for a rooftop café, a swimming pool and a deck that faces San Diego Bay.

Sumner anticipates the hotel will open its doors to guests April 1, 2015 contingent on construction starting this year by Aug. 1.

The second phase of the project would sit on the south part of the 5.7-acre parcel and would include a 400-room hotel.

Project manager Jerry Trammer and the project’s developers were required to redesign the plan to include a 150-foot wide setback park, after environmentalists demanded the open space. The plan now calls for a 1.7.-acre park that will include areas of open space for the pubic, with a small food pavilion, recreational spaces and pedestrian paths.

The park is attached to the $28 million North Visionary Plan, which is currently in its first phase of construction.