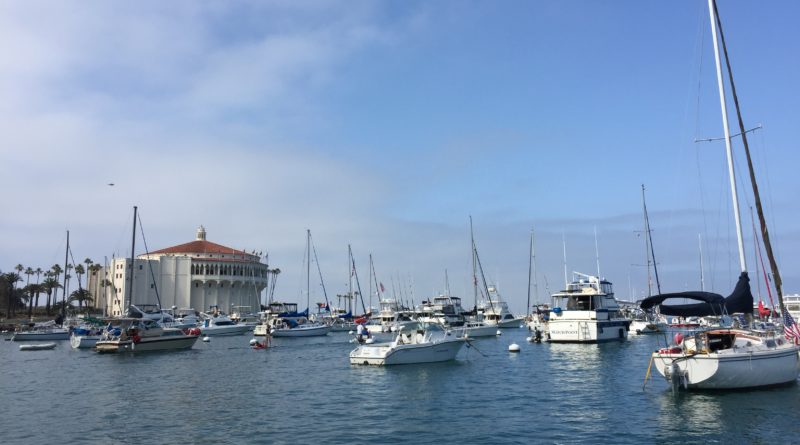 AVALON — Harbor Patrol receiving protective gear by the Public Agency Risk Sharing Authority of California (PARSAC), repairs to harbor equipment and Southern California Edison’s plans to re-apply for a grant funding desalination projects were among the many topics discussed during the Avalon City Council’s Feb. 6 meeting.

“The day and age of doing that kind of stuff is over,” Poindexter stated at the City Council meeting.

Avalon Harbor Patrol will no longer have to face situations such as those without updated equipment thanks to a grant by PARSAC.

Poindexter, in describing the new equipment as “lightweight” and “different than bunker gear,” stated the protective fire-resistant coveralls and other gear will be kept in a duty bag harbor patrol officers can store in their lockers and bring aboard patrolling ships.

Officers, in another level of defense, will continue to cross-train with the Avalon Fire Department and learn some of the best methods to protect themselves and other harbor visitors should a fire ever occur.

Poindexter and Fire Chief Mike Krug were sure to distinguish the difference between where the responsibilities of the harbor patrol and fire department blur lines in terms of combating a fire. Harbor patrol will not be fighting a fire in an offensive strategy but will have the ability to dress appropriately when the fire breaks out.

Because an application for a grant with PARSAC was filed to provide the equipment, all gear will be given to Avalon Harbor Patrol without cost.

A new set of hinges was installed on Float 5 and it was mentioned similar work would begin on Float 4 in the foreseeable future.

The dinghy dock was repaired as well, with Poindexter installing another at 90 degrees. However, this will be a trial and error process as to if it will remain in the same location.

“It creates another issue … we may be blocking the fairway,” Poindexter stated.

His reasoning for putting it at that angle was to keep it out of the way of the fuel dock.

“We have a long list of things to fix,” Poindexter stated in relation to prioritizing repairs that may be addressed.

Poindexter was appointed the new harbormaster last year and has been proactive in addressing making repairs and other harbor-related issues.

Grants Project Manager Luke Shaner of Southern California Edison (SCE) gave a presentation about applications submitted back in September 2017 to support water and desalination projects under Proposition 1. Although the paperwork was submitted for three applications, Santa Catalina Island did not qualify for funding at this time.

Shaner and the staff at SCE are currently reviewing the applications and plan to apply for re-submittal on March 9, the first day to submit to the continuous application process. SCE was urged to submit an application again and Shaner stated that priority would be given to those who had already applied in September. If the resubmitted application is accepted, then the first award notification will be sent out Jun. 30.

The state of California currently has about $58 million remaining to allocate. Three of the 11 applicants who applied in September 2017 were accepted, including Antioch, Camarillo and the South Coast Water District.

Hernandez brought up the issue that trash has been seen in the Hogsback Loop and Three Palms Area.

“I hate to say it, but it sounds like the islanders are throwing a lot of trash around,” Hernandez stated, adding he didn’t believe tourists had the ability to reach the area where the trash was found.

Council member Joe Sampson volunteered to possibly lead a group to pick up the trash, which has been done before with Catalina Island Company.