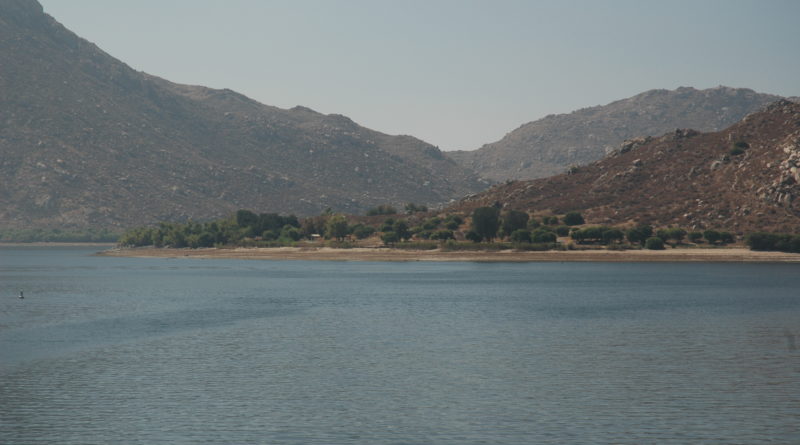 Reports of harmful waters have been trickling in all summer long, with several Southern California lakes dealing with the summer season phenomenon.

SOUTHERN CALIFORNIA—Labor Day 2019 is officially in the rear view mirror, which means boating season – and summer – is unofficially over. But the mercury is still rising and warm weather is here to stay for a few more weeks, at least in Southern California. The warm weather means several lakes are experiencing harmful algal blooms.

A person could suffer from skin rashes, for example. Diarrhea and vomiting could occur if contaminated water is ingested. Your kidneys, liver or nervous system could also be harmed if you are exposed to higher toxin levels.

There are a few things to pay attention to determine whether you are at a lake experiencing harmful algal blooms. Is the water bright green, blue, brown or red in color? Is the water cloudy? Does the water have a bad smell, similar to rotten eggs or sewage? Have you observed dead plants or dead fish? Answering yes to any or all of these questions would be a red flag and likely means the water is suffering from harmful algal blooms.

Summer is officially over on Sept. 21 and the weather could start cooling down a few weeks later, so the worst of algal bloom season might have already passed. A few lakes and water districts have already reported a dissipation of algal bloom events.

Silverwood Lake was the most recent waterway to report its harmful algal bloom situation started showing signs of improvement. Regulators at the state’s Department of Water Resources observed a reduction of microsytins at Silverwood Lake, which is in San Bernardino County, for two consecutive weeks – allowing officials to open up the lake’s beaches, but with a caution advisory.

State officials, in June and July, also determined the harmful algal bloom at San Luis Reservoir up in Merced County was at “danger” level, meaning anyone visiting near Los Banos was advised to avoid contact with the water or eating fish caught from the reservoir.

Algal blooms were observed at Lake Perris in May, while cyanobacteria was discovered at Lake Skinner in June.