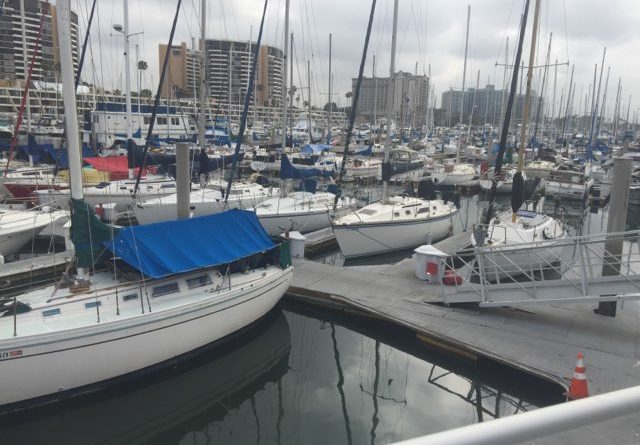 MARINA DEL REY —Tenants of the Wayfarer Marina, previously known as Mariner’s Bay, received a surprising and unexpected notice that seemed to announce a pending eviction slated for July 15.

After mass confusion over the original notice, which was posted to the docks on April 19, the County of Los Angeles took many phone calls, according to Nicole Mooradian, a spokesperson with the Department of Beaches & Harbors (DBH).

Mooradian responded in an email, “After the letter was sent out, we received many calls from tenants, and we were also very surprised. We immediately asked the lessee to rescind the letters, and we are working with the lessee to develop a slip transition plan that accommodates existing tenants.”

Language of the first notice reads, “A Notice of Termination of Tenancy that ends residency in your current boat slip will follow on Tuesday, May 1, 2018. The notice will terminate your residency on Sunday, July 15, 2018. Please understand we provide a termination notice as required by law, so we apologize for its direct nature.”

Suggestions for storing the tenant’s boats were provided; however, some boaters scoffed at the recommendations, which did not offer much in the way of alternative marina options in the area, mostly storage facilities.

Deemed “sloppy” by Small Craft Harbor Commission Chair Lumian during the board’s May meeting, some of the dilemmas rose at the meeting were Wayfarer Marina’s transgressions of the lease agreement to make renovations in sections, not all at once, as well as initial decreased access to bathrooms and amenities promised. During the public comment course of the meeting, dozens of boaters pled their case.

A second notice was posted on May 2, addressing some of the controversial aspects of the original notice.

Language of the second notice reads, “It is important to note that no formal notice to vacate has yet been issued, and we have agreed not to send formal notices until we and DBH reach an agreement on a path forward for renovating the balance of the docks at Wayfarer. Once an agreement has been reached, we expect the remainder of the renovations to be completed in a timely manner. New slips will become available at Wayfarer periodically during the renovation.”

At the time of press, Mooradian stated that she could not attest to the lessee’s plans. Legacy Partner’s representative, dock manager of the Wayfarer Marina, Ryan Bredemeier, could not be reached for comment at this time.

Upon The Log’s arrival at Wayfarer Marina, it was clear many boaters did not wish to stir up the issue of the recent eviction notices, which were shared with the press.

One anonymous man said: “I would really love to help you and I think it’s a noble cause, but I really can’t get into this right now. More people will be around on the weekend, though.”
Another woman, Gina, who telecommutes from her boat while her husband works in L.A.’s film industry, passes off the eviction notices.
“They [Wayfarer Management] have told us all something different,” Gina, who said many of her neighbors have gone to management to find out the underlying truth of what will happen next, told The Log. “This has been going on since 2016. We know this has been coming, but we just wish they would be clear about what’s happening so we can move our boats [if we have to].”

Gina also stated while it is still up in the air as to whether boaters will be able to return to the marina after the renovations, the marina operators have been “picky” about the tenants they wish to invite back.

“They [Wayfarer Marina] only want to invite back boaters with very pristine boats,” Gina said. “If you know anything about the boating life, you know keeping your boat completely scratch-free is not the way it goes.”

She further states that while renovations were taking place, boaters were only offered access to a single bathroom, which she deems was old and not up to usual standards.

In the second notice, Wayfarer Marina stated the upgrades are coming also, adding though the docks have been well maintained the aging wood will be replaced with concrete and an on-site pump-out station.

Lupe, another boater who spoke to The Argonaut and has been living at Wayfarer Marina for 20 years, said other boaters have told her she may have said too much. “I am welcome to new things,” she said, “but I just wish this had been more organized.”

Wayfarer Marina’s ownership has been under a microscope, to say the least, what with claims its plans to modernize the infrastructure has been especially inconvenient to the boaters. While some tenants have been in the marina for decades, the resounding opinion of boaters seems to be that Wayfarer Marina is hoping to drive out vessels smaller 35 feet.

Michelle Summers, a resident of Marina del Rey who is familiar with the marina and knows several boaters there, told The Log, “I went by the replacement docks and saw that they [Wayfarer Marina] built docks to replace 30 fair-sized boats with very large slips right next to the public launch.”

“Before they were not as close and mostly sailboats. These [new] slips are made for luxury power boats,” Summers continued.

Summers has witnessed the process of Wayfarer Marina’s renovations and has expressed her concern on social media over the marina’s lack of transparency during construction and for not communicating with tenants or offering public forums to discuss the transitions.