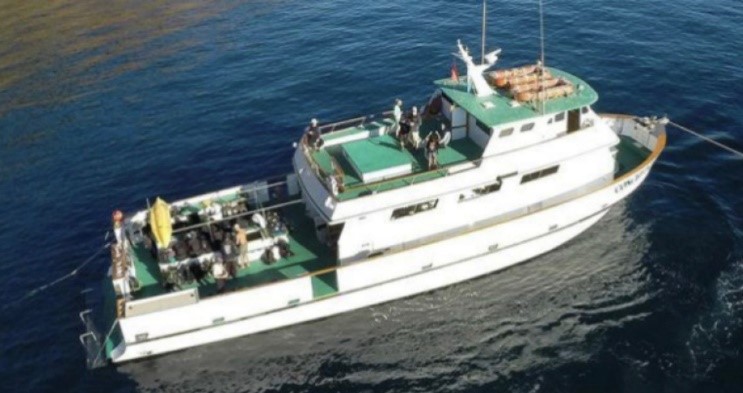 SOUTHERN CALIFORNIA—Federal officials are still trying to determine what caused Conception, a 75-foot dive boat, to become fully engulfed in flames during the early morning hours of Labor Day, which was on Sept. 2. The National Transportation Safety Board (NTSB) reportedly made several safety recommendations during the past 20 or so years, specifically to prevent fires aboard vessels similar to Conception – but those recommendations were overlooked by the U.S. Coast Guard, the only authority authorized to mandate protective requirements, according to an investigative report published by the Los Angeles Times.

The dive boat, while anchored near Santa Cruz Island, caught fire just after 3 a.m. on Labor Day Monday and claimed the lives of 34 people.

The findings were associated with multiple small vessels and were not attached to Conception, specifically.

NTSB does not have any enforcement power; the Coast Guard is under no obligation to adopt any of the agency’s recommendations. The Coast Guard, conversely, does have “sole authority to mandate safety measures,” according to the Times.

Conception was one of California’s worst maritime disasters. The dive boat was quickly and fully engulfed in flames in the early morning hours of Labor Day. The fire claimed 34 lives – only five people were able to escape the disaster. Everyone aboard Conception was on the vessel as part of a weekend diving excursion. Those who died were sleeping below the deck when the fire broke out.

Crew aboard the 75-foot dive boat, which was built in 1981 and reportedly passed its Coast Guard inspections, were not conducting a roving watch at night. The cause of the fire has not yet been determined, though there was a suggestion that too many cell phones were being charged at once. A full report on the fire could still be several months away.