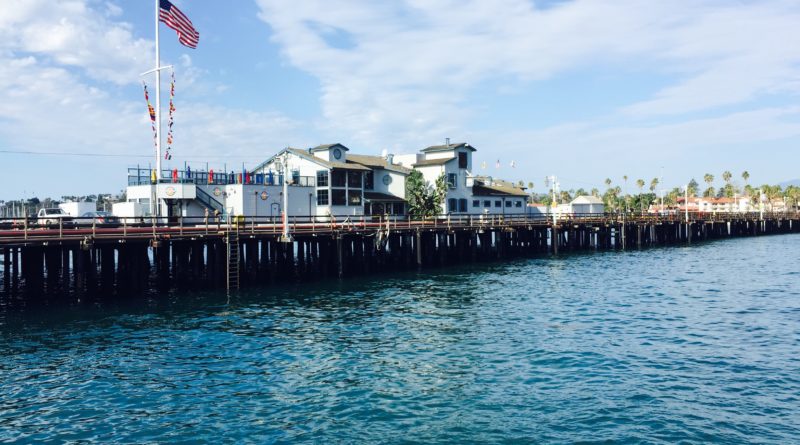 SANTA BARBARA—Anyone strolling, biking or driving past the intersection of E. Cabrillo Boulevard and State Street at the coastal edge of Downtown Santa Barbara will notice a dolphin-themed fountain, standing tall as cars, pedestrians and cyclists pass by on just about every angle. Just south of the fountain (and a short boat ride away from the local harbor) is Stearns Wharf, Santa Barbara’s iconic pier.

The wharf is named after John Peck Stearns, who came to Santa Barbara in 1867 with the intention to open a lumber mill. The intention came to reality, with Stearns building his mill at the end of State Street.

Necessity, of course, is the mother of inventions – and Stearns found himself with a predicament: he had a mill, but no one had the practical means to access it. This was the 1860s, after all. The 101 didn’t exist, the Civil War came to an end just two years before Stearns’s arrival in Santa Barbara, California was relatively new as a state and the bustling metropolitan cities of Los Angeles and San Diego were decades (if not a full century) away from arriving.

Santa Barbara was a remote town, which means Stearns needed to build certain infrastructure if he wanted his mill to thrive. The city did not have a railroad or landing pier. Cargo came from ships to land via rowboats.

A small pier did come online in 1868, but it didn’t extend into deeper waters to allow ships to dock. Stearns apparently offered to extend the wharf but was met with resistance. So, Stearns put a plan in place to build his own wharf – and build it, he did.

The wharf came online in 1872 and became the longest deep-water pier not in Los Angeles or San Francisco. Stearns Wharf is California’s oldest working wood wharf. It measures 2,300 feet in length and is supported by 2,307 pilings. The wharf, when it was built, was financially backed by Col. William Welles Hollister, coincidentally the patriarch of Hollister Ranch.