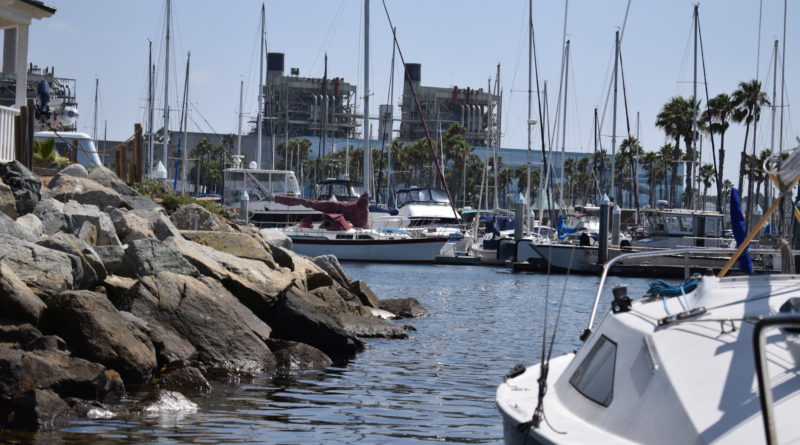 The operation in King Harbor has been a part of the larger California Department of Fish and Wildlife’s Ocean Resources Enhancement and Hatchery Program (OREHP) since 1993. OREHP was established in 1982 to research the economic and ecological feasibility of releasing hatchery-reared fish to restore depleted, native, marine fish populations to a higher, sustainable level. The fish are hatched at Hubbs-SeaWorld Research Institute in Carlsbad and raised in grow-out pens across Southern California harbors for about four to five months until they are old enough to be released into the wild.

The King Harbor Ocean Enhancement Foundation and volunteers ran the program out of the SEA Lab. The program was left homeless when the more than two-decade old educational and rehabilitative aquarium closed in June.

“We really need a location,” co-director of the King Harbor white sea bass program John Whitaker said. “We’ve already done it [the grow-out program] I know we can do it again.”

OREHP Coordinator Valerie Taylor said there are now eight grow-out pens currently active in Southern California. Taylor said the King Harbor operation, over the past 25 years, has successfully reared and released more than 120,000 juvenile white sea bass. There are no numbers on how many of those King Harbor fish survived but recent studies have shown post-release survival is low, program-wide.

Whitaker and fellow co-director Rich Ford are now looking for a new location for the program in King Harbor. Whitaker said ideally they will have the program back up and running in six months.

“We have a special responsibility here in Redondo Beach,” King Harbor boater Mark Hansen said. “Only the cities that happen to have a harbor can do it [white sea bass program].”

“It [white sea bass program] creates a new way of thinking for the next generation that we are responsible for our ocean,” Hansen said.

The Redondo Beach City Council, at its Aug. 20 meeting, held a discussion about the white sea bass program to better understand the operational requirements and explore options for continuing the program within King Harbor. Hansen, Ford, Taylor, Redondo Beach Harbor Commissioner Bryan Dalton and other program supporters spoke at the meeting.

“Losing SEA Lab was a big loss to the public like losing a public park or public library,” Dalton said. “Let’s not let this happen to the white sea bass program.”

Program supporters are asking the City Council for a location and funding to build the pen. Whitaker said since it is a volunteer program, they do not have the money to lease a slip. Whitaker said a marina slip is the most logical next location. All other OREHP white sea bass grow-out programs in Southern California operate their pens directly out of the water. King Harbor was the only land-based operation; they used tanks, water pumps and electricity from SEA Lab.

Redondo Beach’s Harbor Commission has expressed its support for the program. Whitaker said Dalton has given two suggestions for possible slip locations. The City Council voiced support for the program at its Aug. 20 meeting and is also working to help identify possible slip locations. City Council members, however, said they would need specific design plans for the grow-out pen before any kind of funding could be approved and provided.

“Anything we can do to keep it around is vital for white sea bass population,” Councilmember Nils Nehrenheim said.

Nehrenheim said the program needs a champion, someone to pull everything together and move it forward but that champion should not be the city. He noted many other programs in Southern California are funded and supported by local angling clubs or educational facilities.

The closure of SEA Lab leaves another program endangered in Redondo Beach: marine education. SEA Lab closed following the acquisition of the property by real estate investor Leo Pustilnikov. The uncertainty of a long-term lease with the new property owners combined with finances created the perfect storm of events for the closure of SEA Lab. Run by the LA Conservation Corps, it provided a range of education programming generally focused on raising awareness of the King Harbor and larger ocean ecosystem. It also housed more than 1,000 fish and marine species.

Supporters of the white sea bass program such as Whitaker and Hansen, believe it is important not only to help replenish sea bass populations, but for educational and scientific purposes.

“From a scientific standpoint if we do nothing more than increase knowledge, it’s worth it,” Whitaker said.

A study conducted between 2015 and 2017 has raised the question of whether the white sea bass program has made a significant contribution to sea bass population.

“Currently the program is in a ‘what are we going to do phase,’” Taylor said at the Aug. 20 Redondo Beach City Council meeting. Taylor said there are discussions about the program focusing on the potential enhancement of other species, but for now it will continue with white sea bass.

The Log will take a deeper look at the OREHP white sea bass grow-out program and its future in the next edition.