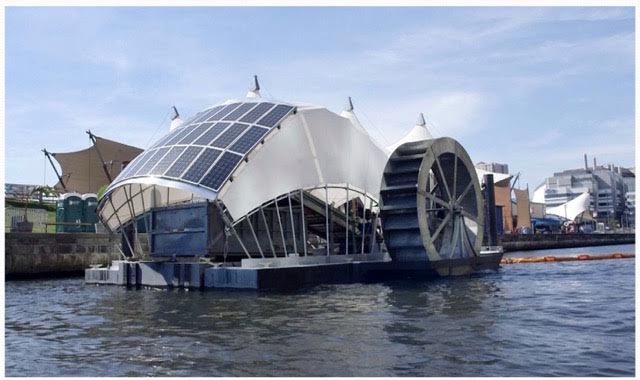 Studies are under way to determine the environmental impact.

NEWPORT BEACH ― A floating autonomous apparatus might be seen maneuvering around Upper Newport Bay collecting trash and debris in the next couple years.

Environmental impact studies are currently under way for a water wheel in Newport Beach. The idea is to help prevent or reduce rubbish in Newport Beach Harbor by catching trash where the San Diego Creek meets Upper Newport Bay.

The plan is to stop the flow of trash emerging from the San Diego Creek from storm drains, empting into Newport Bay and ultimately ending up on the beaches and in the harbor. Newport Bay beaches have been getting an F grade from Heal the Harbor following storms, as The Log previously reported.

“We believe [the water wheel] should capture over 90 percent of all the debris that is coming into Newport Bay,” Dutton told The Log.

A water wheel currently exists in Baltimore with the capability of collecting 50,000 pounds of trash daily. 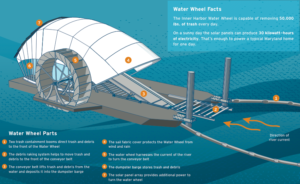 The water wheel is powered by using solar energy from the sun and by the current of the water. Booms capture the floating debris, which gets lifted onto a conveyor belt and deposited it into a dumpster, which can be removed and emptied.

“Definitely one of the things we’re looking for is making this as green of a project as possible,” Dutton stated.

“The location proposed is right next to Jamboree,” Ward added. “You’ve got a lot more noise coming from the road than you would coming from this device down in the channel.”

Help Your Harbor and Surfrider Foundation have given more than $12,000 from their organizations’ donations to pay for the studies needed in order to apply for grant money to fund the construction and maintenance of the water wheel.

The majority of the donation ($10,000) came from the active wear clothing company, Patagonia, which was then “channeled through the Surfrider Foundation and the Help Your Harbor program” to fund the water wheel studies, Ward mentioned.

The water wheel appears to be in line with Patagonia’s mission to “implement solutions” for environmental predicaments.

“Eric Pike, our Help Your Harbor partner was very instrumental in bring up the issue of one of North America’s largest and most sensitive estuaries being polluted heavily by the trash on inner O.C. cities to Patagonia that led to their large donation,” Dutton wrote in an email to The Log.

The water wheel concept and its potential were presented to the Newport Beach Harbor Commission on Sept. 13.

“The water wheel project is very conceptual at this point,” Newport Beach Harbor Commission Chair William Kenney stated. “At this point the preliminary budget is $1.8 million and staff is expecting concept development and engineering to be completed by Fall 2018.

“I wholeheartedly support the water wheel project,” Kenney added. “In my opinion, every user of Newport Harbor should support this project.

Kenney also said more information about the water wheel project is anticipated in the months to come.