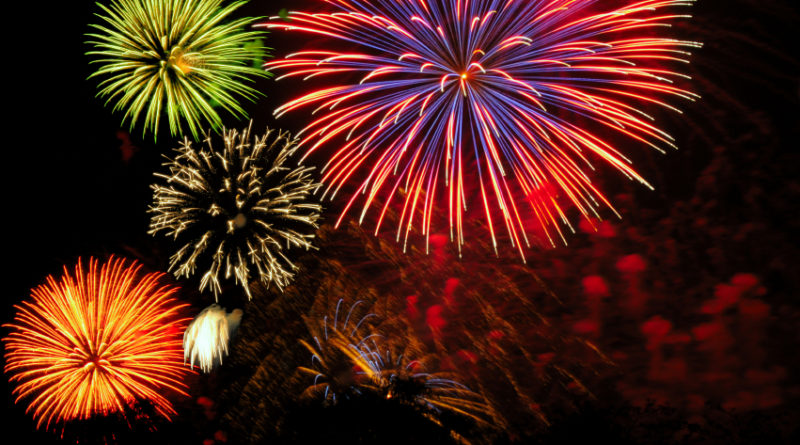 An effort to raise money for the waterfront fireworks display on Independence Day is afoot. Locals are trying to raise $42,500 before the end of March.

OXNARD—Channel Islands Harbor hopes to have a fireworks display to celebrate Independence Day on the Fourth of July. Funding for the fireworks display won’t be coming from the city of Oxnard or county of Ventura. The community surrounding the harbor, accordingly, banded together to raise $42,500 to help the Ventura County Harbor Department and Oxnard City Hall put on a fireworks show for the Fourth of July.

The fundraiser was launched on Feb. 6. Organizers have until the end of March to come up with enough funding to pay for the Fourth of July program, according to Ventura County staff. They have, to date, raised less than 10 percent of the funds necessary to fund the Fourth of July fireworks show.

“We are appreciative of the people who have stepped up so far to save the show,” Harbor Director Mark Sandoval said, adding the fireworks display and Fourth of July programming would be canceled if the necessary funds weren’t raised by the end of March. “Unfortunately, it doesn’t come close to covering the cost.”

A GoFundMe page set up to raise money for the Fourth of July celebrations at Channel Islands Harbor said Oxnard City Hall doesn’t have the $50,000 it needs to put on a fireworks show this summer.

“The beloved traditional fireworks show at the Channel Islands Harbor on the Fourth of July is in jeopardy once again. Last year the City of Oxnard cut off its funding support for the event due to budget problems, and the same is true again this year, which means there is a $50,000 gap to fill in order to bring back the fireworks,” the GoFundMe page, which was started by someone named Steven Kinney, said. “The County Harbor Department is struggling with its own budget issues and cannot fill the void.”

Spearheading the fundraising effort is the Harbor Lessees Association.

“Community members around the harbor, both individuals and businesses, have spoken in the past about being willing to support this event because of its great popularity, so this looks like the time to step up and do just that,” the fundraiser’s narrative on GoFundMe stated. “It’s going to take the combined work of hundreds of us to make this happen, especially since the money is needed by the end of March in order to schedule the show.”

The county won’t be able to cover the costs of this year’s event on its own, according to Sandoval.

“Unfortunately, we cannot count on the donations received last year, and the budgetary situation of the Harbor Department is likely more severe than the city’s, as we are projected to lose nearly $1 million this fiscal year,” Sandoval said in a released statement. “If we cannot raise the funds previously provided by the City of Oxnard, we will be forced to cancel the fireworks.”

What happens if Harbor Lessees Association can’t close the gap and enough funds aren’t raised for this year’s Fourth of July show at Channel Islands Harbor?

“If it should happen that the fireworks show cannot be saved, you may send your request for a refund,” according to the fundraiser’s narrative. “Or, any funds left at the end of this effort will be given to the Harbor Foundation, the 501(c)(3) charity which promotes marine education and public interaction with the marine environment.”