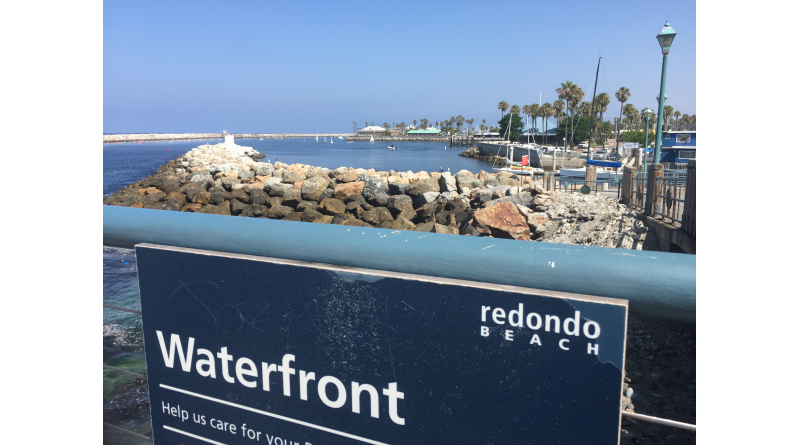 What Happened: Rescue Our Waterfront, in August, filed an appeal of the Harbor Commission’s decision to move the Redondo Beach Waterfront Revitalization project forward.

The motion follows the City Council’s Aug. 8 approval of the Final Environmental Impact Report (EIR) for the waterfront revitalization.

Placement of the planned boat launch ramp at Mole B, lack of view corridors, possible restrictions to beach access and the overall size of the project are some of the group’s concerns.

“The Redondo Beach City Council refused to come to the aid of thousands of residents who wanted the council to appeal the recent Harbor Commission decision to move the $400 million CenterCal waterfront development forward. As a result of this inaction community group Rescue Our Waterfront along with many other citizen groups filed the appeal to represent the community’s interest,” the group stated.

The group has joined with Building a Better Redondo, the Sierra Club-South Bay, Mahalo Tacos, Local 11 and Friends of the South Bay Bicycle Path.

What’s On Tap: The appeal will be heard by the City Council.

The group is also gathering signatures for a ballot initiative to set limitations to the harbor and pier.

According to the bill, establishing the monument would “provide for conservation, collaborative stewardship and public use and enjoyment of these resources and for other purposes.”

Benefits of the designation include raising the profile of the lands in the local, regional and national community; strengthen and enhance coordinated management of the protected landscape and formalize a shared vision and standard of stewardship.

“The Santa Ana Mountains to Sea Monument will provide critically important world-class conservation and recreation experiences in the middle of one of the most urban regions of the county,” Supervisor Todd Spitzer stated in a letter of support for the proposed land designation.

The designation will not require federal funding, according to a staff report.

Councilman Scott Peotter asked if bumping these lands into National Monument status would result in federal control and more regulation.

Laura Detweiler, director of the city’s Recreation and Senior Services, said the current open space designations of the acres of Newport Land proposed for inclusion in the monument will not be changed.

What’s On Tap: The council directed staff to reach out to Rep. Royce’s office and extend an invitation to provide the dais with more information at a future meeting.

Royce will propose the bill this month.

What Happened: Plans to redevelop the aging Neptune Marina Apartments are underway as demolition of the complex built in 1965 is scheduled to begin before the end of the year.

When completed, the new marina will accommodate boats up to 40 feet in length, and meet with American Disabilities Act and the California of Department of Boating and Waterways requirements, as stated in the project’s 2008 Environmental Impact Report.

New public docks, transient and water taxi slips and a public wetlands park are also part of the $164.5 million project. A total of 526 apartment units, a 161-slip marina and seven-end ties will be built. An upgraded public promenade will replace onsite and offsite public parking.

Residents had vacated the parcel by the Aug. 26 eviction date, according to The Argonaut.

What Happened: An ongoing argument between Essex Property Trust and the Marina del Rey Design Control Board marches on as the commission recently denied the applicant’s request for after-the-fact approval of modifications to the previously approved final design for the waterfront promenade.

“Personally I’ve never liked this project, I think you’ve done a terrible job, I think you’ve cheated the public, I think you’ve pushed the envelope as far is it could be pushed and to add insult to injury you are now taking portions of the substandard promenade away from the people of L.A. to accommodate low impact design requirements being placed upon you now,” said Design Control Board Chair Peter Phinney.

The Marina City Club promenade design improvements to the 1,500 linear feet of pedestrian promenade and fire access line were approved in 2013. Construction of the promenade was completed in July 2015. Upon observing that the promenade was not built as approved by the board, department staff notified the applicant to return to the Design Control Board for their consideration of the design changes. On Dec. 16, 2015, the board denied the unapproved modifications and asked the applicant to return with a redesign of the promenade and to explore relocating the bioswale to the fire lane, according to a staff report.

According to the Aug. 23 staff report, Essex Property Trust was required to add a bioswale along the entire length of the promenade on the public side of the walkway.

What’s On Tap: The Design Control Board denied the applicant’s request at the Aug. 24 meeting. At that meeting, the chair said “There are other ways to treat the storm water that don’t involve digging everything up. You made a decision to do something inexpensive and put it on the public side and stick to people of L.A. County. We are at an impasse.”