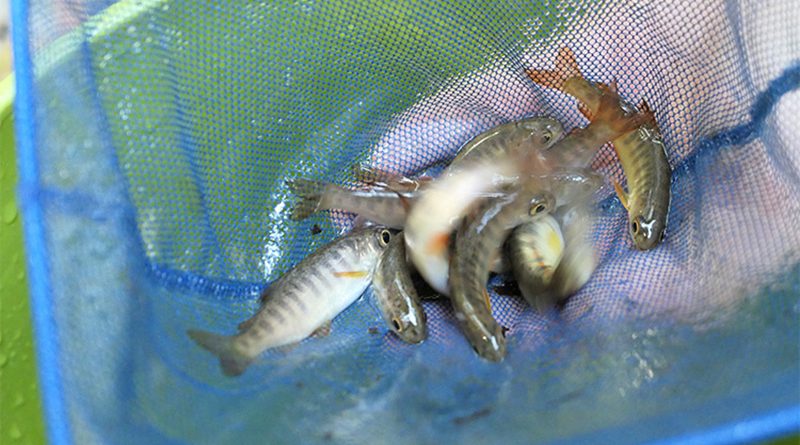 The Pacific Fishery Management Council released an annual review of ocean salmon fisheries summarizing important biological and socioeconomic data from which to assess the status of managed stocks, impacts of past management actions, determine how well management objectives are being met, and improve regulations for the future.

“The easy way to describe it- it’s like a report card,” said Robin Ehlke, a NOAA Affiliate. “And so, what it’s really doing is looking at the data from 2021. How did the salmon stock preform, and how well did our management measures perform? And so, this helps give us an idea of how well we did and how well the fish did. It helps us understand, at least from a management standpoint, how well did out forecasts work. How well did our management measure in the sense of the duration of the fisheries and how they performed? Did they perform as we thought? If we set a fishery for ten days in a specific area and we felt it would catch a thousand fish, but they caught a little more of a little less, that helps us understand how well our models are working.”

The Salmon Technical Team (STT) and staff of the PFMC have prepared the stock assessment and fishery evaluation (SAFE) document as a postseason review of the 2021 ocean salmon fisheries off the coasts of Washington, Oregon, and California to help assess Council salmon fishery management performance, the status of Council-area salmon stocks, and the socioeconomic impacts of salmon fisheries.

“It [the document] also tells us the biology of the stocks and the performance of the management measures,” said Ehlke. “And it’s almost like a library of data as well because, this is obviously 400 pages long, but it has data that goes back essentially since the Councils were developed back in the 70s. One of the ways I look at it is, you have a certain number of salmon returning you could look- let’s say that in 2022 we have 100 thousand chinooks returning, and what kind of fisheries did we set the last time we had 100 thousand chinooks, and how well did those work. So as a fishery manager, those might be some of the things they would look at, still, big picture, I would call it a report card, both for how the salmon stocks were performing, were they meeting their conservation goals, are we getting the spawning escapement that we need, are we meeting the ESA (Endangered Species Act) requirements and other requirements to make sure that any of the salmon stock sustain themselves. And that also how well our management season structures preforming.”

The document consists of four main chapters with several sub-chapters for each, as well as four appendixes.

For chinook and coho salmon, chapters two and three assess, where possible, the achievement of pertinent management objectives by salmon stock (including those listed under the Endangered Species Act [ESA]), outline regulations used to achieve the goals, and summarize two inside fisheries catch and spawner escapement data. In addition, appendix B provides detailed historical spawning escapement and inside fisheries catch information. Detailed information for other salmon species is not included since Council fisheries have minor impacts on pink salmon escapements and no measurable impacts on sockeye, chum salmon, or steelhead trout; however, catch and escapement data and objectives for Puget Sound pink salmon are summarized in Appendix B, Table B-43.

“The salmon technical team, who is the author essentially of this document, will also put forward three other additional reports annually, all between now and about the middle of April, once the season setting process is complete,” said Ehlke. “So, we will have one [document] out the first week of March, another one out towards the end of March, and the final one out probably the middle of April. We call those our pre-season reports. So, pre-season one, two, and three and those combined address all the federal requirements in the sense of like a NEPA (National Environmental Policy Act) document, we look at the economics, we look at the environment; all of that. So essentially, pre-season one will provide all the forecasts for the upcoming year of the salmon stocks. So that will give everyone an idea of what kind of season you can be thinking of as we get ready to start the season setting process, which begins with the March Council meeting that is coming up.”

After the March Council meeting, the goal is to come out of that meeting with three alternatives for public review of potential season structures given the forecast predicted by the STT, the ESA constraints, and the spawning escapement goals; everything that checks the boxes.

What comes from the April meeting is the fishery seasons for that year. They’re typically a blend of the three alternatives that have been collected.

“I don’t think there has ever really been a time when we said, ‘okay, we are going with option one.’ We’d go with whatever the public wants, as long as it checks all the boxes that’s what the fishermen want, and then that’s what the Council will adopt,” said Ehlke.

The last of the three pre-season reports is essentially a report on the seasons the council has adopted and why that decision was accepted. Next, as a matter of process, the Council adopts a recommendation for the National Marine Fisheries Service (NMFS) and then NMFS, if they accept the recommendations, will then put that in regulation. The fishers can then begin on May 16.

PFMC and NOAA worked together throughout the construction of this document. However, there are eight Councils across the United States, and they each represent a specific region. This document addresses the Pacific region, which is developed to help the public have a better say in how fisheries are structured. This system was developed in the 70s, and the Councils were formed through Congress. These Councils were put in place so the fishermen can have a say in how their fisheries are developed from a local viewpoint, instead of the decisions being made in Washington DC, across the United States.

The fisherman, stakeholders, or anyone interested has access to a council that will help them bring together the recommendations for fisheries and then present those to NMFS to be put in place. Therefore, when a Council adopts anything, they adopt a recommendation presented to NMFS.

The annual review of ocean salmon fisheries is drafted as early as analyses of landings and escapement data are available. Therefore, the most recent entries are preliminary and later updated when the data becomes final. If updated information or error corrections that could substantially affect the development of management measures for the upcoming season are available, an errata sheet will be included in one of the subsequent STT preseason planning documents.

The complete document can be found on the Pacific Fishery Management Council’s website.