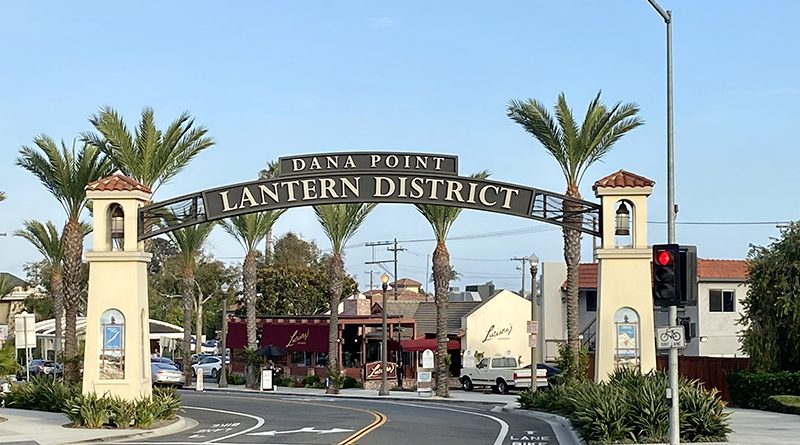 Orange County is comprised of lots of history. Here is a tour through three cities and their most historical venues and destinations.

Orange County has a rich heritage for locals and tourists to discover. The 133-year-old county is home to 41 cities, six of which compose the county’s coastline.

One of those six cities is San Clemente, nicknamed the “Spanish Village by The Sea.” Founded on Feb. 27, 1928, after a few years of development by Ole Hanson, an American politician.

Along with designer Carl Lindbom, Hanson built a magnificent Spanish-style estate for his family in 1927 on a bluff in San Clemente overlooking the pier. He then developed the rest of the city to resemble his property. Lambert and Patricia Schuyler bought the house for $30,000 in 1946 and named the location Casa Romantica. Today it serves as a landmark in San Clemente and was added to the National Registry of Historic Places in 1991.

“When it was first built, it was the Hanson family home,” said Kylie Travis, program and marketing director for Casa Romantica. “They, unfortunately, lost the home in the great depression, and the house went through many owners. After years of deliberations about the proposed usage of the estate, an anonymous donor gifted $1 million to the city of San Clemente with the condition that Casa Romantica would be renovated for use as a cultural arts institution.”

Today the venue’s official name is Casa Romantica Cultural Center and Gardens. While the venue is 95 years old, the cultural center has been operating for nearly 20 years. Casa Romantica hosts more than 100 multicultural events every year, including various educational programs. The grounds are made of 2.5 acres of diversified water-wise coastal flora from all over the world and welcomes 40,000 visitors annually.

“Casa Romantica represents the culture of our town of San Clemente but also highlights different cultures with our programming each year,” said Travis. “This year’s themes celebrate beach culture, Vietnamese American culture, and Romantic era arts. Within each of these themes, we are hosting classes, concerts, performances, and art exhibitions.”

Seven miles north of San Clemente is the City of Dana Point, incorporated in 1989 and named after Richard Henry Dana Jr. In the heart of Dana Point’s Town Center is an area called the Lantern District on Del Prado Avenue.

Today the Lantern District is a mile-long stretch, home to new, young, locally owned restaurants and shops for residents and visitors to walk about. In addition, the area often hosts street fairs and markets like the classic car show or the REDO market. The site is the last stop before the Dana Point Harbor and generates a lot of foot traffic all year.

The Lantern District is known for its characteristic Spanish-style architecture, wide streets lined with white adobe houses, and street names, all named after maritime signal lanterns. Legend has it that the district and streets got their name after the illuminating lanterns that would signal the ships coming to the port where they were stationed by lighting the lanterns in color codes.

According to the Dana Point Historical Society, a Los Angeles Times article from Jan. 16, 1927, explained that Dana Point has a unique lighting system and the naming of streets to match the lighting system. The Roosevelt Highway, today known as El Camino Real, was the major-traffic artery of Dana Point. It is crossed by a series of streets with streetlights of unique design, each having a ship’s lantern in different colors. First is the Street of the Golden Lantern, and according to the reporter, the street was lit entirely by golden lanterns. The second was Green Lantern and was lit by green lanterns. Then went Amber Lantern, and so on. The reporter wrote that the streets wound up to the road Hillcrest and gave off a brilliant colorful effect.

“It is a dramatic description, but the streets are not in order, and one has to wonder if the reporter was even here or if here, stayed to see the colored lanterns at night,” said Jessica Spaulding, a public relations officer who works for the City of Dana Point. “Current research and historic photos show it was only a colored dome light at the top of the post, located at the lantern street corners where they intersected Roosevelt Highway. The lantern itself was an uncolored frosted glass, as replicated today on the corners of Pacific Coast Highway and Del Prado at the Streets of Blue, Ruby, Amber, Violet, and Golden Lantern in the Lantern District.”

There used to be more than 150 copper lanterns lining many of the original Dana Point streets in the early nineteenth century, but as of today, only five lamp posts remain, and of those five lampposts, three still have lanterns attached.

Fifteen more lanterns sit mounted on modern poles in the Dana Point Plaza, restored and installed in 1989. Others are now prized possessions in personal collections, including four owned by the Dana Point Historical Society, all intending to be preserved as a part of a specific time in Orange County history.

“The Lantern District has evolved into a true town center for Dana Point,” said Dana Point Mayor Joe Muller. “We’ve worked hard to keep the cultural and historic aspects of the community intact while creating a place for people to live and enjoy. It’s rewarding to see the small local businesses that continue to operate here as well as welcome new entrepreneurs. I think you can really feel the spirit of the Lantern District when you spend time here during the many street festivals held throughout the year that welcome visitors from all over to our beautiful coastal community.”

For more information on the Lantern District and its restaurants and shops, visit https://visitdanapoint.com/activities-and-things-to-do/dana-point-lantern-district/.

Two cities north of Dana Point is Newport Beach, home of the historic Balboa Pavilion. The pavilion was established in 1906 by the Newport Bay Investment Company and played a prominent role in Newport Beach as a seaside recreation area.

In a letter dated Sept. 20, 1905, the War Department in Washington gifted the Newport Bay Investment Company permission to construct and maintain a building for the purposes of being a “boat-house, bath-house, and pavilion” with 210 feet of water frontage. The Newport Bay Investment company invested $15,000 into the project, which resulted in the 8,000-square-foot building.

The pavilion could only be reached by boat or, with great difficulty, on a sandy road during its construction. However, this wooden building with a Victorian design was completed quickly. On July 1, 1906, its completion coincided with the completion of the Pacific Electric Red Car Line, which began at or near Pasadena, spiraled down through Los Angeles and Long Beach, and ended in Balboa. In addition, the nearby Balboa pier was concurrently constructed as a sister project to the pavilion to attract land buyers. Lastly, the Balboa Hotel was rapidly built in just ten days to coincide with the opening of the red line.

The 1930s welcomed the Big Band period, and on weekends at the pavilion, guests could listen to Count Basie, Benny Goodman, and the Dorseys, with Phil Harris and his band playing regularly.

The dance step called the “Balboa,” sometimes nicknamed the “Balboa Hop” or the “Balboa Shuffle,” originated at the Balboa Pavilion. The dance floors would become so crowded that dancers had to find a way to dance while standing in place. The dance style soon swept across the U.S.

In 1968, the pavilion was named a California State Historic Landmark in addition to being listed in the National Register of Historic Places, which is the highest honor a historic building can receive.

Today, the pavilion continues to be used as a marine recreation facility, with sport fishing boats, including Davey’s Locker, the Catalina Flyer, harbor sightseeing cruises, boat rentals, whale watching, and the Harborside Restaurant and Grand Ballroom.

For more information on the Balboa Pavilion, visit http://www.balboapavilion.com/index.html.