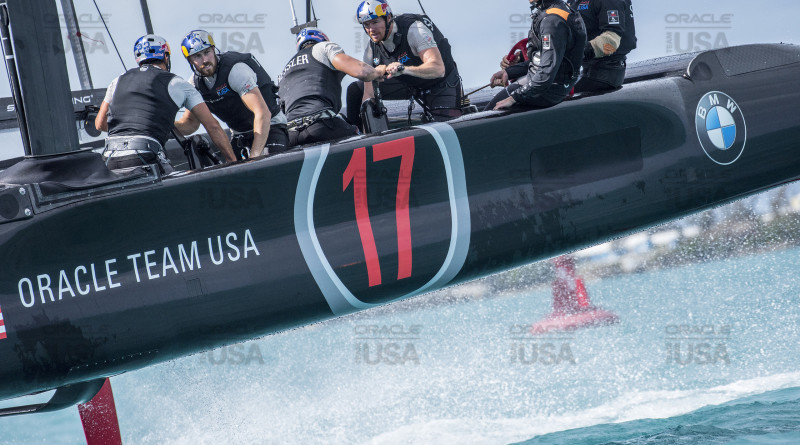 SAN DIEGO (AP) — America’s Cup officials released the full schedule for the 2017 regatta in Bermuda, while continuing to remain silent about an arbitration panel decision that reportedly went against organizers and could cost them several million dollars.

Racing is scheduled to begin May 26 with the double round-robin qualifiers. For the first time, the defender, ORACLE TEAM USA, will compete against challengers before the America’s Cup match itself.

The qualifiers originally were to be sailed in Auckland, New Zealand, but were pulled after Emirates Team New Zealand supported another syndicate in a dispute over an unprecedented midcourse downsizing of the boats.

Emirates Team New Zealand, the hard-luck loser of the 2013 America’s Cup, took its case to the arbitration panel.

Organizers have attempted to keep the panel’s deliberations shrouded in secrecy, with violators facing draconian penalties. However, Sail-World.com, citing four sources it didn’t identify, reported in September that the panel ruled in favor of ETNZ against the America’s Cup Event Authority, and that a penalty phase has yet to be held. Since it’s too late to schedule a regatta in New Zealand, ETNZ likely is seeking to recoup the millions of dollars in government funding it lost when the qualifier was pulled from Auckland.

San Francisco’s Golden Gate Yacht Club, the cup’s trustee, and a majority of challengers, excluding the Kiwis, voted in June to prohibit teams and individuals from discussing or even confirming the existence of a dispute before the arbitration panel. Doing so could draw sanctions including censure and a fine of up to $1 million.

On Oct. 18, an America’s Cup spokesman cited the confidentiality rules in declining to say whether there has been a decision.

The qualifiers will eliminate one of the five challengers. The remaining four will then go to the “playoffs” to determine which team will face two-time defending America’s Cup champion ORACLE in the best-of-13 match scheduled to begin June 17. The match is scheduled to be contested over two weekends, June 17-18 and 24-25, with racing June 26 and 27, if necessary.

The top team in the America’s Cup World Series will carry two points into the qualifiers, while the second-place team will carry one point. The final ACWS regatta is next month in Fukuoka, Japan.

ORACLE started the 2013 match in San Francisco with a two-point deficit against Team New Zealand as part of its punishment for being caught in a cheating scandal. After the Kiwis reached match point, ORACLE won eight straight races to retain the oldest trophy in international sports. Russell Coutts, chief executive of the America’s Cup then chose to defend the Auld Mug in Bermuda rather than the United States.