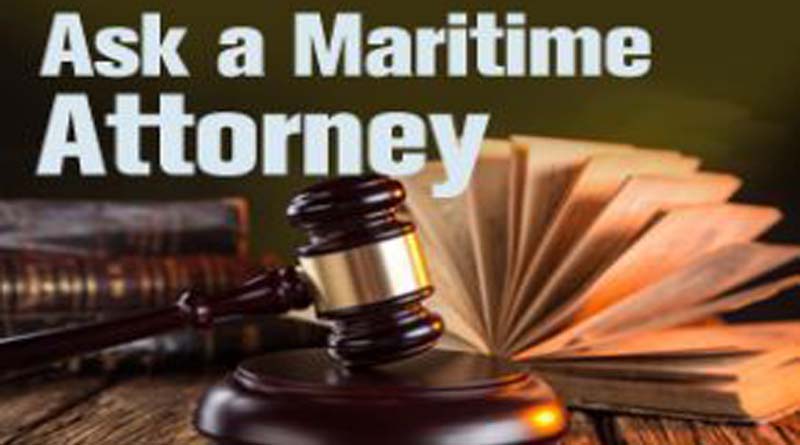 I just received a surprise from my insurance company when they denied coverage after my boat was partially submerged at the dock. There is some question as to the cause of the incident, but they are claiming that a hose clamp failed on a water intake hose used for engine cooling. They told me the claim was denied because there was no evidence of an impact from an unforeseen cause. I don’t understand this, since I have made successful claims in the past for damage that was not related to any kind of an impact. Have marine insurance policies changed over the past few years?

Different insurance companies may use different language to describe the scope of coverage of their marine insurance policies, but their basic provisions tend to be similar and our reader’s claim was probably not due to any recent changes in his insurance policy.

Our reader may have misunderstood the communication from his insurance company. It is true that a marine casualty must result from an “unforseen” incident for coverage to exist, but it does not require an “impact” or collision. Instead, the boat owner must prove that the loss was “fortuitous.” This standard usually requires the loss to be caused by an event of some kind rather than a long-term problem.

Marine insurance policies are not designed to protect a boat owner from every calamity imaginable. An insurance claim may be denied if the casualty was caused by an incident which is expressly excluded from coverage under the terms of the policy, or if the boat owner failed to comply with certain obligations set forth in the policy.

One of the most significant obligations of a boat owner under a marine insurance policy is the requirement that the boat be maintained in a seaworthy condition. Referring again to our reader’s question, coverage will almost always be challenged for a boat that sinks at the dock,  because seaworthy boats generally don’t sink at a dock. If certain maintenance items are overlooked, such as the proper adjustment of a stuffing box or battery maintenance, a serious problem may develop, particularly if the boat is unattended for a long time. These are among the most common causes of a dockside submersion, and the insurance investigators will likely look at these issues first when they investigate a sinking.

A marine insurance claim may also be denied if the loss is caused by a condition that is expressly listed in the insurance policy as an excluded cause. For example, a loss caused by gradual wear and tear or corrosion will be expressly excluded from coverage. This will usually exclude engine problems, torn sails, or saltwater damage from coverage. Most policies also exclude manufacturing or design defects from coverage, which may lead to a denial of a claim for a structural failure.

When a boat owner hires his or her own marine surveyor, they should pay particular attention to whether the casualty may have had more than one cause. For example, coverage would probably be denied for a sinking caused by corroded wiring on a bilge pump. But how did the water enter the boat? Insurance coverage may exist, for example, if the water incursion was caused by the negligent failure of a hired mechanic to secure a thru-hull fitting (a loss caused by negligence is almost always covered). In this case, the loss would have been caused by two actions – one of which (the mechanic’s negligence) was a covered peril, and the other (the corroded bilge pump wiring) an excluded peril.

The California Supreme Court considered cases such as this, and they developed the “Efficient Proximate Cause” test, which calls for coverage decisions on property claims to look at the “predominating cause” of the loss. Under that test, if the loss could not have occurred without the action in the chain of events that would have been covered by insurance, that action is the predominating cause of the loss and the claim must be covered.

In the end, insurance coverage questions can be complicated regardless of the cause of the loss. An experienced maritime attorney should be contacted to evaluate the coverage provided under the insurance policy and to provide advice in the event of a denial of coverage.