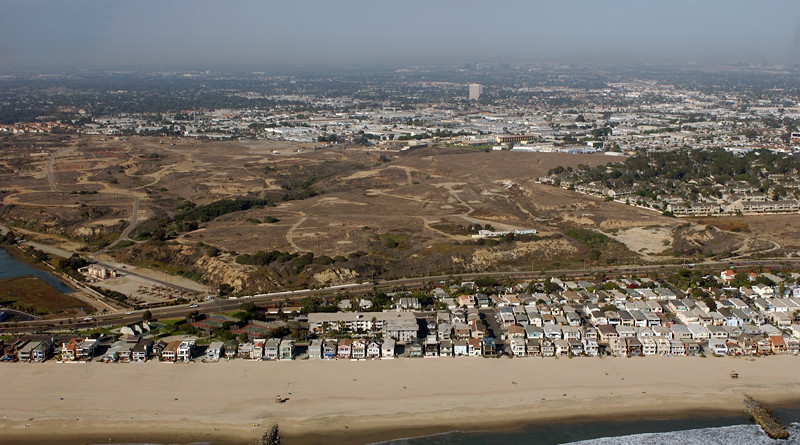 NEWPORT BEACH — A war over the future of 401 acres of open space along the central Orange County coast is brewing, and the parties facing off against each other might not be who you’d expect.

The California Coastal Commission could be going toe-to-toe against a large developer after the quasi-judicial state agency, for the second time in less than six months, delivered a blow to development plans for Newport Beach’s Banning Ranch.

Last year’s denial of the development proposal was considered a major victory for environmentalists and slow growth proponents, especially in light of the commission’s firing of its previous executive director, Dr. Charles Lester, in February 2016. The denial was based on the commission’s concerns of whether the Banning Ranch project complied with environmental laws protecting certain habitats and species, such as burrowing owls.

“The commission determined it was appropriate to deny the project as proposed [in September 2016] and provide guidance to the applicant regarding what additional information was needed and how to craft an alternative project in the future,” Karl Schwing, the commission’s South Coast District Manager, said. “This hearing is solely about whether or not the revised findings recommended by staff reflect the commission’s reasons for denying the permit in September 2016.

“This is not an opportunity for review and/or reconsideration of the basis which the commission took its action,” Schwing continued.

Steven Kaufmann of Newport Banning Ranch said the Coastal Commission’s decision in September was not final and would preclude the developer from presenting information requested by the agency.

“The [Feb. 9] findings would make permanent determinations regarding the project’s Coastal Act consistency that would prohibit development on 95 percent of the property,” Kaufmann told commissioners. “We’ve had no choice but to pursue litigation. Obviously we want a project.”

Kauffman added the commission believed the Banning Ranch project was broadly approvable but it needed more information before moving forward, therefore the developer should not be subjected to a firm denial.

“The revised findings would make determinations you didn’t make and consequently would undermine and foreclose the very flexibility you retained and additional information you requested to enable the possibility of an approvable project in the future,” Kauffman told commissioners.

“You made the decision because this project has reams and reams of paperwork that talks about the scientific evidence that’s been provided. We have been providing two decades worth of scientific evidence to this commission,” Ray told commissioners. “You certainly knew what Banning Ranch was all about. You certainly knew that Banning Ranch had this science on it.”

The developer, in response, stated Newport Banning Ranch merely requested commission staff to take another look at its findings and revisit the issue again at the Coastal Commission’s March meetings.

Schwing said Newport Banning Ranch was concerned the commission’s findings would not allow the developer from revisiting issues.

“Clearly, what we have before us … is a significant difference of opinion,” Schwing said. “The applicant suggests … we didn’t come to any conclusions in [the commission’s] denial, other than additional site specific or scientific information was required to determine whether the project was consistent with each policy area raised by the project.”

Schwing continued while Coastal Commission staff does give “great deference” to the agency’s adopted findings the developer could still submit additional information through a new application.

Moving forward Newport Banning Ranch could resubmit its application for development, pursue legal action or reconsider whether to build the project.

Some observers of the Coastal Commission contemplated whether Lester’s firing meant developers would have an easier time gaining project approvals from one of the most powerful quasi-judicial agencies in California. However commissioners affirmed its denial of the most recent Banning Ranch proposal on Feb. 9, almost one year to the date after Lester was dismissed as executive director.