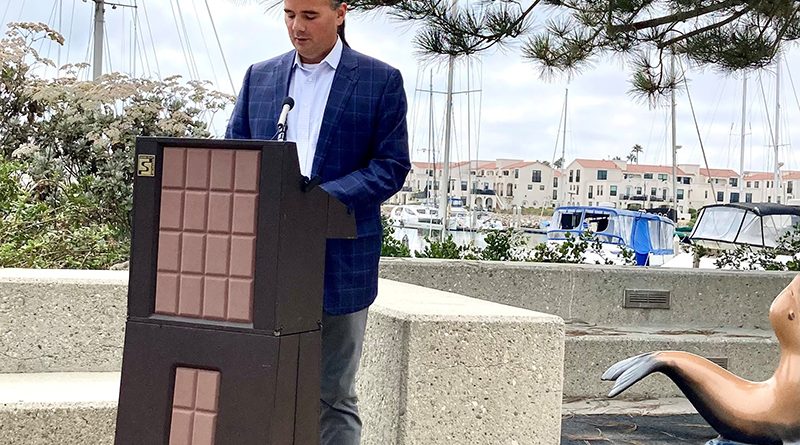 VENTURA—On July 13, Assistant Secretary for Indian Affairs Bryan Newland, spoke at the Channel Islands National Park headquarters about the new partnership with the Department of the Interior’s (DOI) commitment of $100,000 to fund important ecosystem restoration projects on Santa Cruz Island.

“Through President Biden’s Bipartisan Infrastructure Law, we are advancing partnerships between the federal government and Tribes to support access to clean air, clean water and a better environment for future generations,” said Newland. “As we make essential investments through this transformative law to conserve ecosystems, mitigate the risk of wildland fire and maintain our national parks, the support and ingenuity of local partners and Tribes who know these natural treasures best is critical.”

The $100,000 Bipartisan Infrastructure law is a portion of the greater investment of $1.4 billion slated for ecosystem restoration efforts over the next five years. This effort will support major restoration protects across the national park system to conserve wildlife and natural resources that are critical to supporting local economies, jobs creation and strengthen communities.

“This funding will be carried out under a Task Agreement with the Santa Ynez Band of Chumash Indians, and their Fire Department in trail construction and their Cultural department in resources protection,” said Newland.

This Task agreement is between the DOI who oversees the National Park service, and in this case, the local band of the Santa Ynez Chumash Indians. Tribe members are keenly aware of the importance of the natural treasures and sacred sites on the Island due to the thousands of years their ancestors thrived on what we now call the Channel Islands National Park.

The project scope includes the protection of natural and archeological sites while enhancing the visitor experience. The project will improvement public safety by improving corridors and trail conditions on three miles of the park’s most heavily used trails as well close and restore approximately 1,000 feet of unapproved trails, known as social trails. The work will also protect native and endemic plant colonies and areas with archaeological resources while adapting existing historic routes for safe public access.

For more information about the Bipartisan Infrastructure Law visit: www.whitehouse.gov/bipartisan-infrastructure-law.