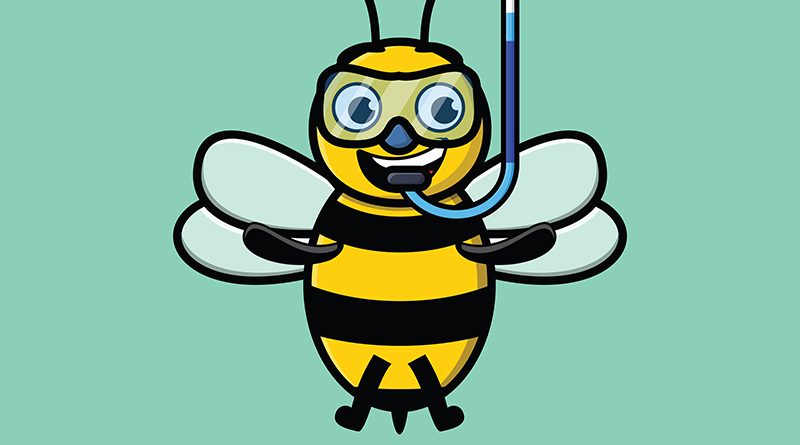 The court ultimately ruled that under the California Fish and Game Code, a bumble bee could be considered a fish through a legal loophole. Shutterstock iamge.

On May 31, California’s Third District Court of Appeal ruled that bees could legally be considered fish.

The court reversed a lower court’s ruling for seven agriculture groups who argued that the California Endangered Species Act only protects birds, mammals, fish, amphibians, reptiles, and plants, but not insects.

Passed in 1970, CESA directed the Fish and Game Commission to “establish a list of endangered species and a list of threatened species.”

The act has undergone several amendments, including the most recent 2016 stylistic modification, which defines fish as “‘[f]ish’ means a wild fish, mollusk, crustacean, invertebrate, amphibian, or part, spawn, or ovum of any of those animals.”

Expanding the definition of fish authorized the Fish and Game Commission to make regulations necessary to protect species like starfish and sea urchins appropriately.

In 2019 the Commission accepted the petition for consideration, filed a notice for information, and then accepted the species as candidate species.

Later that year, petitioners challenged the decision and said the Commission was outside its legal duty; the trial court granted the writ petition.

The trial court concluded that “the word ‘invertebrates’ as it appears in [s]ection 45’s definition of ‘fish’ clearly denotes invertebrates connected to a marine habitat, not insects such as bumble bees.”

The court tossed out previous cases stating that the Legislature did not intend the act to encompass insects and that the Commission was overstepping.

In the appeal, the court brought up several previous case studies, which show the Commission’s previous decisions were supported by Legislature and the government.

On June 27, 1980, the Commission unanimously voted to create an amendment protecting terrestrial invertebrates, including the Trinity bristle snail and Smith’s blue butterfly. Minutes from the meeting show that Deputy Attorney General Denis Smaage found the Commission well within its rights to classify insects as rare and endangered.