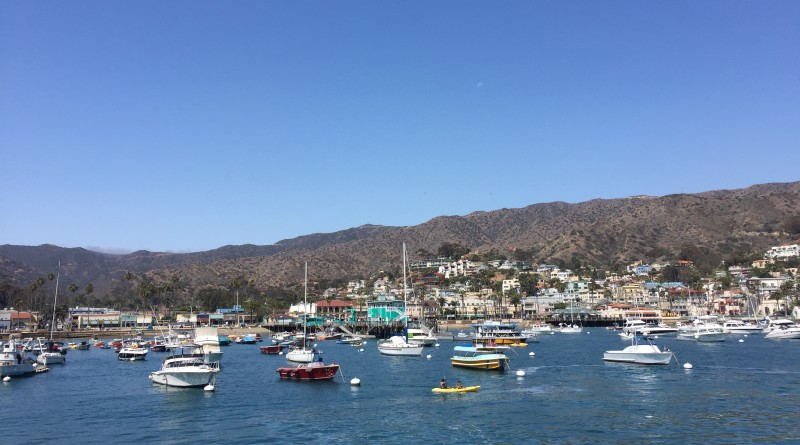 What Happened: Avalon residents in response to Southern California Edison’s (SCE decision to implement Stage 3 water rationing, expressed frustration with the methodology being used by SCE for water conservation during a Sept. 6 City Council meeting.

According to a city of Avalon Management Update, speakers said they were getting impatient with that appears to be a lack of progress being made on the water supply issues on the island.

“City Council members and city management staff listened very carefully to the public’s concerns and city government officials are not only listening but they are also preparing to take significant steps at the next meeting on Sept. 20 to address the issue,” as stated in the update.

Steps include a proactive proposal to create enough storage for fresh water usage generated from two existing desalinization plans to address Avalon’s water needs and steps to immediately address water rationing in the near term.

“The city and island is surrounded by a sea of water that can provide an unlimited supply of fresh water when treated and stored during times when there is less rain and insufficient groundwater to meet city needs,” as stated in the update.

Under the Stage 3 water rationing requirements island residents will experience a 50 percent reduction in water usage. The mandatory water conservation is a 25 percent increase from the initial Stage 2 water rationing that was implemented Aug. 11, 2014.

What’s On Tap: At press time, SCE officials had asked for a meeting with city staff prior to Sept. 20. The Log will have a follow up story on this matter in the Oct. 7 issue.

According to the Management Update, city leaders will seek state grant funds to pay the costs of storage facilities. Staff is also looking into alternative methods of best providing fresh water storage capacity and the associated costs.

What Happened: The California Coastal Commission unanimously accepted the Port of San Diego’s adoption of the commission’s certification for the Shelter Island Boat Launch Ramp on Sept. 8.

The project includes repairs and replacement of the boat launch ramp, jetties, public walkways, gangways and floating docks. Minor improvements to the kayak launching areas, restrooms and parking are also part of the project.

The 10-lane launch ramp was constructed in 1956 with the most recent improvements made in 2006.

What’s On Tap: The ramp is scheduled to reopen sometime in 2017.

What Happened: The dredging project at Oceanside Harbor continues to move forward with the contractor removing approximately 22,380 cubic yards from Sept. 1-7.

CJW Construction has been working since June 6 to remove the 260,000 cubic yards designated for removal. At press time CJW reported having dredged about 175,770 cubic yards.

The project unfortunately faced some problems when CJW had to suspend operations due to adverse ocean conditions pushing to project’s end date from July 29 to September.

What’s On Tap: Material dredged from the entrance channels is being placed along Oceanside’s beaches. Oceanside Harbor is one of four annual dredging projects conducted by the Los Angeles District.

What Happened: The Dana Point City Council approved a second reading for a zone text amendment that will allow the placement of three retractable gates in the Strands development.

The zone text amendment allows the potential use of three retractable gates to enforce the California Coastal Commission approved night hours of operation of beach access through the Strands residential community.

The Planning Commission approved a recommendation that the City Council approve the proposed zone text amendment to the Headlands Development and Conservation Plan (HDCP).

The ordinance amending the HDCP Section 4.0 was introduced at the Aug. 16 City Council meeting.

Restricting beach access through the community has been a long drawn out battle between the city, Strands developer and the Coastal Commission.

What’s On Tap: The amendment will be placed on a future Coastal Commission agenda for review and return to the City Council as a Local Coastal Permit.