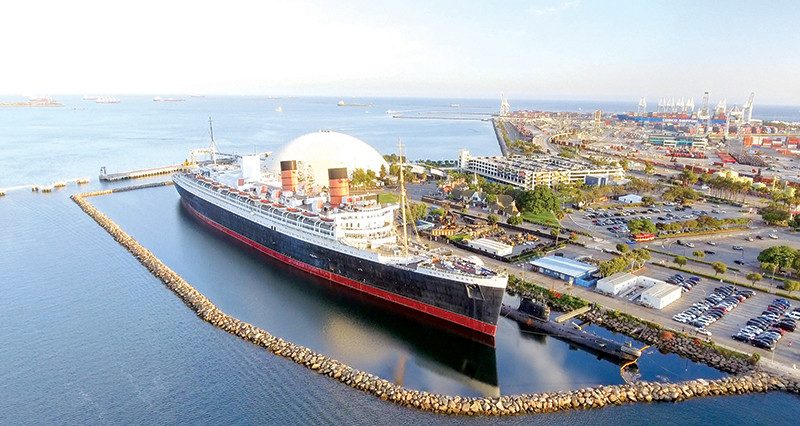 What Happened: On May 14, the City of Long Beach filed an Objection to Sale of Leases with the court when the current lease-holder for the Queen Mary, Urban Commons Queensway LLC, a Long Beach-based travel company that has held the lease since 2016, filed for bankruptcy.

Also, in May of this year, the city inspected the Queen Mary and determined that the cost for repairs would be between $41 and $58 million.

On June 4 Urban Commons Queensway LLC surrendered its interest in the lease and the responsibility of the property back to the city. For the first time in 40 years, Long Beach was back in control of the Queen Mary.

On June 8 the city approved a $2 million short-term caretaking agreement with Evolution Hospitality, the current on-ship operator, which costs about $300,000 a month to keep the ship running and provide basic maintenance.

The city also approved $500,000 to Moffat and Nicol to develop engineering and design repair work; immediate repairs are expected to cost $5 million.

The city is still looking to hold the previous leaseholder responsible for lease violations and the bankruptcy is expected to continue into August.

The Queen Mary will continue to remain closed to the public until repairs are made.

On July 20 the city council met for a study session to receive a presentation about several options for preserving the Queen Mary or scraping.

Preserving the Queen Mary where it is; deconstructing the ship at its current location; towing the ship to another location for deconstruction; complete a set of repairs and then tow the ship overseas to a recycling facility, or sink the ship to make an artificial reef.

In almost every scenario the cost for the repairs topped over $100 million and each scenario was presented with its own challenges.

Towing the ship to a new location would require that the ship has the structural integrity to be moved, restoring it would require the city to put in $5 million every year aside from the initial $25-$50 million.

For now, the next steps for the city and the harbor are to work together to create an assessment of alternatives for a long-term solution, which John Keisler, director for economic development with the city, estimates to take up to 90 days before they can return to the council with projected costs.

Ideally, short-term goals also include completing critical repairs to the ship so they can reopen for tourists in 2022, and a continued partnership with the harbor to negotiate agreements for hotel and special event operations on Pier H, which could include a transfer of Pier H to the port.

For more information see the city council website at https://bit.ly/3j2qG1P.