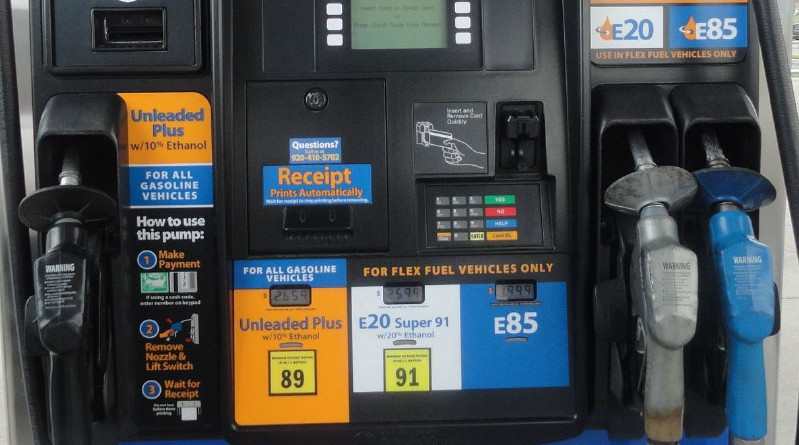 WASHINGTON, D.C. — A boating advocacy group hopes recreational boaters around the country will petition the White House concerning the amount of ethanol available in the United States fuel supply.

Recreational boaters worried about the prospects of fueling up their engines with high volume ethanol gasoline blends were urged to send a letter to President-elect Donald Trump, asking him to reduce corn-based fuel mandates as soon as he takes office.

“A recent decision by the [Pres. Barack] Obama Administration raised the required volume of ethanol in our nation’s fuel supply to record levels, a direct threat to the safety of millions of recreational boaters,” Boating United staff stated in its appeal to boaters to petition the White House.

“But with a new administration comes new opportunity. Now is a prime opportunity for the boating industry to come together and deliver a clear and concise message to President Trump to reform the ethanol mandate and to protect our boats,” the Boating United appeal continued.

Groups such as BoatUS and National Marine Manufacturers Association (NMMA) have consistently been campaigning against increases to the national ethanol mandate under the Environmental Protection Agency’s Renewable Fuel Standard (RFS).

NMMA officials led a campaign in October 2016 urging federal legislators to make a greater effort to prevent recreational boaters from misfueling and filling up with gasoline blends containing 15 percent ethanol (E15) or higher.

The RFS’s Misfueling Mitigation Plan, according to NMMA and a coalition of recreational boating interests, does not do enough to educate the public of the harms of E15 on small boat engines.

A representative from Texas introduced a bill (House Resolution, or H.R., 5180) in May 2016 to cap ethanol blends at 9.7 percent; recreational boat engines could handle E10 gasoline blends (fuel with 10 percent ethanol), according to recreational boating groups. Nothing ever came of the bill.

Advocacy groups worry the recent mandate to increase ethanol blends in the national fuel supply would be bad news to recreational boaters.

“The EPA mandated that more ethanol be introduced into the fuel supply than ever before, fulfilling the maximum allotment by law,” the Boating United petition letter stated. “While the EPA has repeatedly heard from our industry, and thousands of our stakeholders, the agency’s November decision continued to ignore our concerns — unfortunately that decision has endangered the safety of every boat owner in America.”

The petition letter stated fuel blends containing more than 10 percent ethanol are “incompatible with marine engines and the marine environment.”

Any boaters choosing to sign and send the petition letter would be asking the Trump Administration, once in place, to alter the RFS’s ethanol mandates and limit the amount of corn-based fuels in the national fuel supply.

“The recreational boating industry hopes that [the Trump] Administration can reform the RFS by … ensuring that any future ethanol volumes do not exceed 9.7 percent of the nation’s total fuel supply,” an entry of the petition letter stated.

Boating United describes itself as “a community of boating businesses, enthusiasts and supporters” aiming to “shape policy that affects our industry and our interests.”