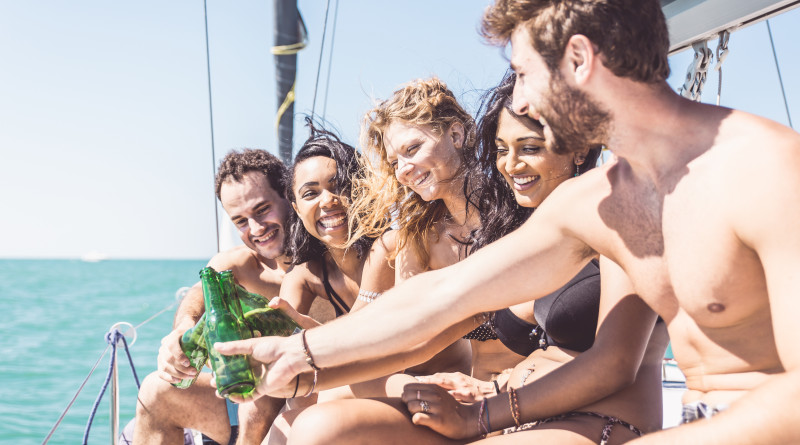 A proposed administrative change to AB 1829 would alter how boaters arrested for boating under the influence are notified of their rights.

Proposed administrative change would alter how arrested boaters are notified of rights.

SACRAMENTO — An existing state regulation governing how law enforcement interacts with someone accused of boating under the influence of alcohol or drugs could be clarified to remove obsolete language.

The proposed legislation would also update what information about rights a law enforcement officer must share when arresting someone accused of boating under the influence.

Assembly Bill 1829 (AB 1829), introduced earlier this year by Assembly member Marc Levine, aims to conform elements of the Penal Code with provisions already in effect in the Harbor and Navigations Code. The bill passed in the Assembly and is now in front of the State Senate.

“AB 1829 clarifies existing law and removes obsolete language regarding the arrest of a person suspected of operating a boat or vessel under the influence of alcohol and/or drugs,” Levine said according to an analysis of the bill.

Levine proposed a bill last year, which eventually passed and became law, allowing law enforcement to seek and obtain a search warrant to test a boat operator’s blood if he or she was suspected of operating a vessel while under the influence of alcohol or drugs.

His proposal in the current legislative session would update all other laws to become consistent with the bill his colleagues approved last year.

If passed and signed into law AB 1829 would clarify language as to what an officer must inform the person he or she arrests during a boat stop.

Current law requires a person arrested for boating under the influence to be informed of the consequences of refusing or failing to complete the required chemical testing. Such refusal or failure to complete testing could be used against the accused boater in court.

State law could be updated if AB 1829 becomes law; an accused boater could be informed they have the right to refuse chemical testing and forced to submit to a blood test via search warrant.

“AB 1829 clarifies that an officer who arrests a person on suspicion of operating a vessel or watercraft while under the influence shall inform the person that he or she may be charged with a crime, has the right to refuse chemical testing, and that the officer has the authority to seek a search warrant to compel a blood draw if the person refuses to submit to, or fails to complete, a blood test,” Levine told state staff, according to a legislative analysis of AB 1829.

A legislative analysis of AB 1829 says vehicle operators accused of driving under the influence are already subject to similar rules.

“Vehicle Code section 23612 provides that a person arrested for driving under the influence shall submit to chemical testing or face sanctions for the refusal to submit. The fact that the person refused testing can also be used as an aggravating factor when he or she is being sentenced for a conviction of driving under the influence,” the AB 1829 legislative analysis stated. “Despite the fact that similar language exists in the Harbors and Navigation Code, there is no analogous sanction for a person suspected of boating under the influence, largely because there is no comprehensive licensing scheme or implied consent standard.”

Also on the Assembly floor is AB 2092, which would authorize the state to use funds from the Abandoned Watercraft Abatement Fund (AWAF) to remove and dispose of abandoned commercial vessels.

AWAF is used to fund the removal and disposal of abandoned recreational boats. However the California Sheriffs’ Association sponsored AB 2092 in hopes of expanding the fund to help address abandoned commercial vessels.

“Because only noncommercial abandoned vessels qualify for AWAF grants, and because local jurisdictions typically lack funds for vessel abatement, many commercial vessels are not promptly removed,” a legislative report from the Assembly’s Appropriations Committee stated. “As a result, over time, the vessels sink and disintegrate. The sponsor notes that once the vessel is submerged and disintegrated, a local jurisdiction can apply for AWAF revenues, because the vessel is then considered ‘marine debris,’ and a qualifying use of AWAF revenues.”

Expanding AWAF to apply to both recreational and commercial vessels would prevent non-recreational vessels from becoming an environmental or navigational hazard, according to the California Sheriffs’ Association.

“The Recreational Boaters of California … is concerned that that opening up boater fuel tax and registration fee revenues in AWAF to abate commercial vessels would quickly deplete the fund since these vessels are significantly more expensive to remove,” a legislative analysis of AB 2092 stated. RBOC argues that, since commercial vessels do not contribute to the fund, recreational vessel abatement should take priority.

“Also in opposition, a number of private citizens, contend that commercial vessels, while clearly representing a danger on California waterways, are easily identified and, therefore the owners of these vessels should be required to pay the abatement and clean-up costs,” the legislative analysis continued.

The bill was referred to the Appropriations Committee and will be reviewed for economic impacts.