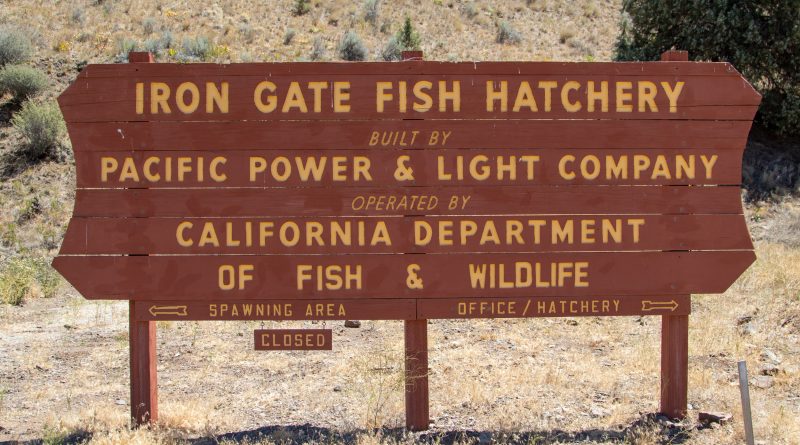 This is the first time since 1962 that the California Department of Fish and Wildlife has not released salmon into the Klamath River.

The fish which are normally released into the Klamath River between May and June are being held because of warm water temperatures, low water flow, and an exceedingly high probability of the salmon catching a disease in the river.

“It’s extremely challenging to raise cold water fish species in a drought,” said Dr. Mark Clifford, Hatchery Environmental Scientist for CDFW’s Northern Region in a July 13 press release from the CDFW. “The reality is most of these fish would have died if we released them into the river. We need to maintain the integrity of the fall run on the Klamath River and we especially can’t afford to lose this generation of fish.”

The juvenile salmon, all roughly 7 months old, were trucked to a nearby satellite facility and to the Trinity River Hatchery, which is over 122 miles away; there is another 1 million salmon that will remain at the Iron Gate Hatchery which sits on the mouth of Bogus Creek right along the Klamath.

There are four dams slated for removal along the Klamath by 2024, which is the largest dam removal in history according to the CDFW, the removal is expected to restore fish access to the Klamath could have a positive impact on the salmon who will return to this river to spawn, and the river’s conditions.

The CDFW is planning to hold the fish throughout the summer until river conditions improve, the fish will then be moved back to the Iron Gate Fish Hatchery to allow time for the fish to imprint on the Klamath River.

All of the relocated fish have been given coded wire tags that will allow the CDFW and other agencies to identify them later.