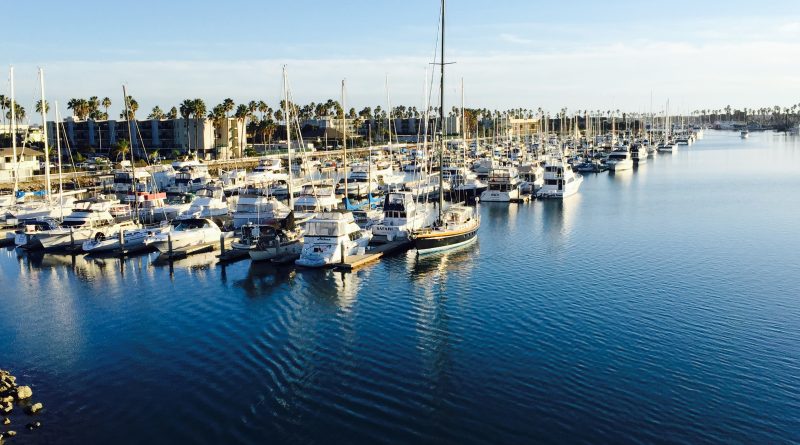 While the Casa Sirena Hotel would have celebrated 50 years in 2022, the vacant and crippled hotel will be torn down and replaced with a new version.

VENTURA— The Casa Sirena Hotel at the Channel Islands Harbor would have celebrated its 50th anniversary in 2022, however demolition of the vacant hotel began on Dec. 27, 2021; the Lobster Trap Restaurant is also included in the demolition.

In a Dec. 23, 2021 press release published by the Channel Islands Harbor, the Harbor Department Director Michael Tripp said that preparation for the demolition, such as removing hazards, communicating with nearby Harbor residents, and connecting homeless individuals with helpful services, has been underway throughout December.

“I would like to thank the City of Oxnard, County of Ventura agencies, and the non-profit organizations who partnered to connect homeless individuals who were near the demolition site with much-needed services,” said Tripp in the press release. “This was an important step in moving the demolition process forward.”

As of Dec. 27, 2021, a chain link fence has been placed around the perimeter of the hotel property, and demolition production will take an estimated six months from start to finish.

“This is great news for the Harbor, and I’m glad a new chapter is being written for this location,” said Tripp. “I’m confident the demolition and development of a new hotel will reinvigorate the Harbor along with residents, visitors, and local businesses.”

The replacement of the two dilapidated buildings with the new Hyatt House Hotel and neighboring restaurant are part of a three-project plan for the end of Peninsula Road. In addition, the marinas will be rebuilt, and the protective rock retaining wall will be replaced concurrent with the hotel and restaurant construction. COVID-19 stalled the development process by roughly 18 months, but hotel developer Brighton Management, a property management company, stated the project will begin by the end of 2021.

The demolition is the first step in a multi-year construction project that will revitalize the entire south end of the Channel Island Harbor’s peninsula. After the Casa Sirena is demolished, the Harbor Department will repair the riprap (human-placed rock used to protect shoreline structures against scour and water, wave, or ice erosion) surrounding the south end of the peninsula.

The original Casa Sirena hotel, constructed in 1972, had 197 rooms with additional space for events. The hotel has recently become vacant and transformed into a place where the homeless community takes shelter. The location’s scheduled development will include a new Hyatt House Hotel and a new restaurant up to 5,000 square feet, comparable to, but not smaller than, the former Lobster Trap Restaurant, which was located nearby and is also being demolished. The proposed Hyatt House will feature 210 rooms in a 55-foot structure and occupy approximately 203,000 square feet along the Channel Islands Harbor waterfront.

According to Channel Islands Harbor, the demolition of the two structures must occur before the second and third parts of the project can begin. The facilities must be removed before the riprap can be replaced so that construction equipment can get to the shoreline to remove and replace the rocks. While handling the riprap replacement from water is feasible, it would significantly increase the project’s cost. In addition, it would create a tremendous negative impact on recreational water use in the Harbor. Correspondingly, the riprap must be completed before the marina rebuild can proceed.

If everything is executed correctly, the new hotel and restaurant are scheduled to open in mid-2024.