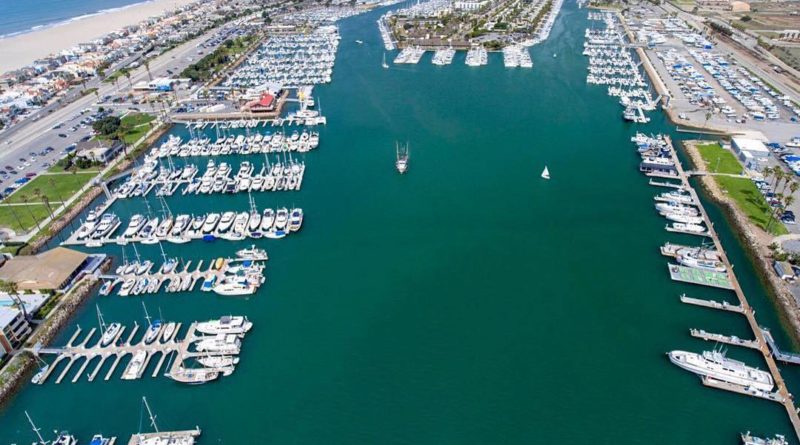 Fundraising campaign to save fireworks show falls short of goal; COVID-19 crisis only worsened the situation, according to Ventura County Harbor Department.

OXNARD—Yet another announcement of cancelation – though this particular one isn’t entirely due to the Coronavirus (COVID-19) crisis. Ventura County Harbor Department announced on March 19 it would not go forward with this year’s Fourth of July fireworks show. The show was already on the verge of flatlining due to budgetary constraints, but recent efforts to contain the spread of COVID-19 also contributed to the event’s cancelation this year.

The city of Oxnard eliminated its funding of this year’s fireworks show. Oxnard, in the past, has contributed half the financing for the annual fireworks show at Channel Islands Harbor. The funding covers both the show and related police costs.

A GoFundMe fundraising campaign was launched by the Channel Islands Harbor Lessees Association, as part of an effort to help the Ventura County Harbor Department raise $23,000 by the end of March. The $23,000 goal would have covered the city of Oxnard’s portion of the fireworks show budget.

“Unfortunately, fundraising and planning for a festive event in the throes of this worldwide disaster is definitely not the right thing to do,” Harbor Department Director Mark Sandoval said in a released statement. “We should all be focusing on what we can do to help our neighbors and neighboring businesses to survive during this frightening pandemic. We are extremely appreciative of the community members, donors and businesses who have stepped up to help save the show.”

The fundraising campaign did raise about $5,000, according to Sandoval and Steve Kinney, the Lessees Association liaison who launched the GoFundMe campaign. Kinney said the funds raised for the fireworks show would instead be directed to the Channel Islands Harbor Foundation, which provides grants to youth organizations. Those organizations introduce underprivileged youth to recreational activities on the harbor.

Donors who prefer to have their donations refunded to them can file their request with Kinney. He can be reached via email, slkinney@ceoexpress.com.

Channel Islands Harbor Lessees Association launched the GoFundMe fundraising campaign earlier this year to cover the portion of the fireworks show not funded by the Harbor Department.

“There were high hopes that the fundraising efforts could bridge the gap of about $23,000 in the next month or so as summer approached, but those hopes have been dashed with the onset and steady worsening of the COVID-19 virus,” an official statement released by the Harbor Department said. “While there is a chance that the virus will be gone by the summer, it is a certainty that it will leave a significant economic problem in its wake.

“Businesses and individuals will suffer financially, and the Harbor Department, whose revenues are dependent on the revenues of harbor businesses, will also feel the effect.”

The total budget for the fireworks show was $42,500. Oxnard did not commit any new funding to the show planned for this summer, though $14,400 was available from last year’s fireworks event at Channel Islands Harbor. The GoFundMe campaign aimed to raise enough money to fill the gap between $14,400 and $42,500.