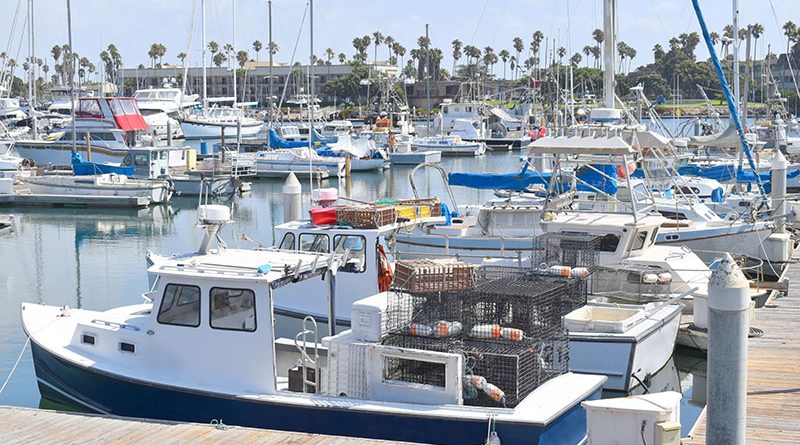 The PWP was initially certified by the California Coastal Commission on Sept. 19, 1986, 36 years ago. Shutterstock image.

In a meeting held on June 10 by the California Coastal Commission, the Channel Islands Harbor had two amendments to its Public Works Plan approved.

CHANNEL ISLANDS⸺ On June 10, the California Coastal Commission approved two amendments to the Channel Islands Harbor Public Works Plan addressing an adjustment to the distribution of boat slip sizes and a change to the minimum requirements for the total number of boat slips in the harbor from 2150 to 1950.

The agenda was changed on June 10, as the Commission chose to move the Channel Islands Harbor PWP Amendment to consent. At that time, the proposed amendments were approved in one action rather than filing for a motion, speeding up the meeting so the Commission could focus on other agenda items.

The Commission modified the amendment by making the slip percentages apply to harbor-wide totals rather than only newly developed anchorages. It then approved the change to the minimum requirement for the total number of boat slips in the harbor.

According to Harbor & Beach Community Alliance Chair Donne Brownsey, there has been no physical inventory of the Channel Islands Harbor’s boat slips since 2008. The slip numbers provided reflect those reported by marina lessees and do not reflect what is necessarily usable. The Channel Islands Harbor is an essential public coastal resource; therefore, the Commission has requested an audit be done of the harbor’s boat slip inventory by the County’s Internal Audit 2 Department. The Commission received confirmation on July 27, 2021, that the matter of boat slip inventory and revenue will be included in their Audit Plan for fiscal year 2021-22. The Commission reconfirmed on May 24 that the Audit Department will launch the audit in the coming fiscal year beginning July 1.

The total number of slips (2150) and sizes were last reflected in the Public Works Plan in 2008 for PWPA3. The Commission found it unclear whether there is a standard and consistent method of counting boat slips. The Harbor Department has indicated the numbers can fluctuate with how slips are rented and occupied. These may be questions that the Internal Audit and Controller’s office may help in clarifying, as slips and docks support public access to water recreation.

According to Brownsey, she believes it may be helpful to understand why vacancy rates for harbor slips are high. Much of Channel Islands Harbor has been allowed to deteriorate for more than a decade, and very few attractive public amenities are currently available.

“The slip vacancy rate appears to also include unusable slips due to deterioration and weather damage,” said Brownsey. “No data was provided regarding the number of unusable slips that are clearly evident at the harbor. Both of these factors can impact boat slip vacancy rates. During the COVID pandemic, small electric boat sales at Channel Islands Harbor were at an all-time high. In the future, other marina rebuilds will also be subject to current ADA and other marina requirements that will also impact slip count.”

According to Brownsey, when the harbor is appropriately developed and revitalized, demand for boat slips may go up, even those for small boats. Brownsey believes these are issues that should be considered in a strategic long view harbor master plan that is clearly needed for this harbor whose Public Works Plan is more than 35 years old.

“At this time, the Harbor & Beach Community Alliance takes no position regarding the proposed Public Works Plan Amendment #7 (PWPA7) to reduce the total number of boat slips from 2150 to 1950, a 9.3% and 200 slip reduction,” said Brownsey in a correspondence released on June 10. “The new County Harbor Director has begun to take some positive steps towards revitalizing Channel Islands Harbor. Work is being done to ensure transparent published development policies and processes. However, we believe it is important for the Commission to be aware of our concerns for the long-term protection of this harbor, a rare and irreplaceable public coastal resource.”

Tripp is unaware of when the new amendments will go into effect and noted that many factors come into play for anchorage rebuilds.

“The next step is to have the PWP amendment with modifications approved by the County Board of Supervisors.”