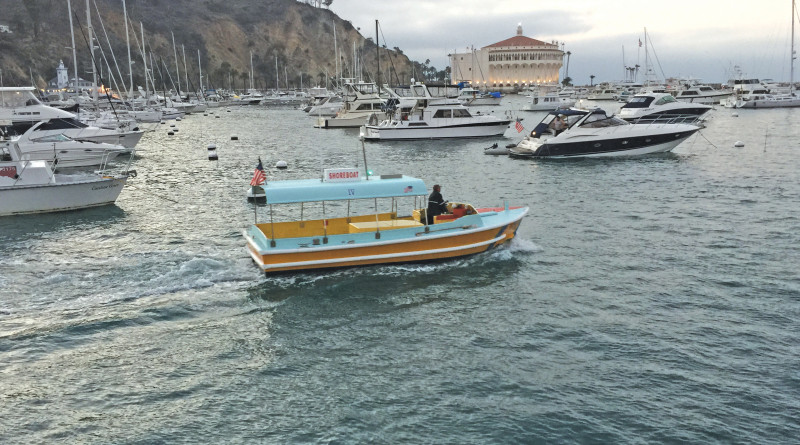 City of Avalon may provide a subsidy to help save shoreboat service.

Potential vendor could receive up to $250,000 from City Hall to transport boaters from moorings.

AVALON — As much as $250,000 could be set aside to transport Avalon’s boaters to and from their moorings as Catalina Island’s only City Council voted Nov. 15 to issue a Request for Proposals (RFP) for shoreboat service.

The RFP could be issued at some point this month, according to Avalon City Manager David Jinkens. Island Enterprises, which had most recently operated the shoreboat service, will be allowed to respond to the RFP.

This is Avalon’s second attempt to solicit RFP responses. City officials expect a more competitive bidding process the second time around. Only one vendor – Island Enterprises – responded to the first proposal request. The City Council issued its first RFP in March.

“[City] staff was directed to prepare a new RFP and place it out to bid as rapidly as possible. The hope is to have the new RFP completed and circulated in December,” Jinkens told The Log after the Nov. 15 City Council meeting.

Council members hoped a shoreboat service would continue to be offered to boaters without interruption, even if the city must subsidize the offering.

“The City Council wants to ensure that a high quality service is maintained for the best price possible,” Jinkens said. “The City Council recognizes the value of shoreboat services being available to our many visitors, and we appreciate and value of boating.”

Avalon is willing to subsidize the service up to $250,000, meaning the transport of boaters from their moorings to land would be a public-private-partnership activity.

Harbormaster Brian Bray told council members the local economy is dependent on shoreboat service. Failure to offer the service would require all boaters visiting Avalon to have a dinghy, which could cause local infrastructure to be overwhelmed.

“I feel the shoreboat service is an integral part of Avalon Harbor and a vital necessity to vessels who are visiting Avalon,” Bray said, adding the service helps boaters make valuable contributions to the city’s economy. “If a shoreboat service did not exist, visitors would need to bring a dinghy with them to get ashore, and that’s not always practical or affordable.”

City Hall taking over the service is not necessarily a practical solution either, according to Bray. For example the city of Avalon would have to purchase three new vessels to operate the shoreboat service.

“I just don’t think that would be wise to be a 50-year-old boat for that kind of money,” Bray said.

Company representatives hoped Avalon would subsidize the shortfall but council members and city staff balked at the request.

The company claimed it suffered a shortfall after it lost out on a cruise ship tender contract in 2014; perhaps the contract, if awarded, could have provided Island Enterprises with enough revenue to offset costs associated with the shoreboat service.

One thought on “City subsidy might save Avalon shoreboat service”