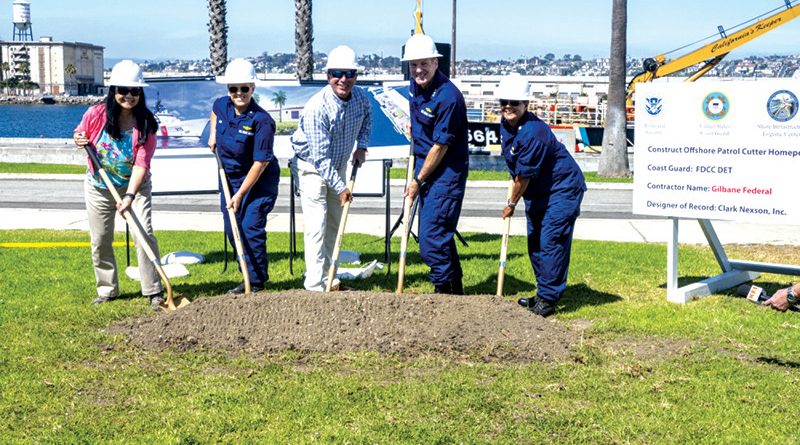 California is part of the 11th Coast Guard District which also encompasses Arizona, Nevada, and Utah as well as the offshore waters of Mexico, Central America, and South America.

The new location, a $35 million, 11,500 square-foot Naval Engineering Department facility is set to be an extension to the existing Maintenance Augmentation Team building that will support the Coast Guards’ two new offshore patrol cutters, according to a July 28 press release from the Coast Guard.

The facility is set to be complete in October 2022 and will hold roughly 60 personnel who will provide maintenance, weapon, and naval engineering support, the facility will also have a new 257-foot pier extension to make room for the Chase.

The Coast Guard has been present on the west coast dating back to 1848 and the 11th district, which includes California, now has 43 units and employs over 2,400 active-duty, reserve and, civilian personnel according to the Coast Guard website.

The Coast Guard carries out search and rescue missions, homeland security, law enforcement, marine safety, and aids in various missions. Since Sept. 11, 2001, the Coast Guard has taken a larger role in protecting major ports in the district like San Diego, Los Angeles, and Long Beach.

“Every Coast Guard mission starts and ends at a base. This new cutter support facility will enhance the capabilities of future Coast Guard cutters to meet critical mission needs in a demanding and constantly evolving maritime environment,” said Vice Admiral Michael F. McAllister, commander U.S. Coast Guard Pacific Area, in the July 28 press release. “The Coast Guard’s first two offshore patrol cutters will be homeported at Base Los Angeles-Long Beach and this facility will provide the operational support needed to ensure future Coast Guard crews can accomplish their mission successfully.”

Alongside the new vessels, that will be used for open ocean patrols, the facility will also help accommodate a growing staff from the Los Angeles/Long Beach Base that has nearly doubled since 2018.

The new facility is located at 1001 S. Seaside Avenue in San Pedro.

The Coast Guard could not be reached for comment at this time.