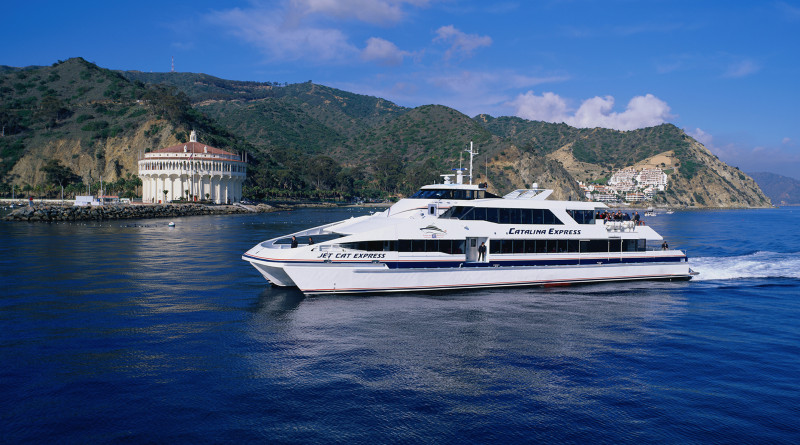 Two dock floats were removed from state tidelands area in 2015.

UKIAH — A permit to formalize the replacement of two dock floats at Catalina Landing in Long Beach’s Queensway Bay was expeditiously approved by the California Coastal Commission on Oct. 6 in Ukiah.

The administrative action addressed an after-the-fact request by operators of the Catalina Express ferry service and Pacific Catalina Landing to have a pair of dock floats removed and replaced.

Coastal Commission staff acknowledged the removed dock floats were severely deteriorating. A portion of the floats was removed in April 2015; the remainder was removed out of the water about 8 months later.

“The demolitions took place without the benefit of a coastal development permit. The applicants state that no pre-existing materials sunk to the bottom of the bay and the pre-existing dock floats were deconstructed and disposed of in San Pedro,” Coastal Commission staff stated in a report to commissioners.

Two new dock floats were constructed in roughly the same area where the old ones had deteriorated.

The new dock floats, according to Coastal Commission staff, service the Catalina Express ferry and were built/installed with minimal effect on the environment. A majority of the construction took place off-site, according to the applicants.

“The proposed recreational boat dock development and its associated structures are an allowable and encouraged marine related use,” commission staff stated in a report to commissioners. “The proposed development has been conditioned to minimize any significant adverse effect the project may have on the environment by avoiding or mitigating impacts upon sensitive marine resources, such as eelgrass.”

Catalina Landing, a small and protected harbor in downtown Long Beach, was built in 1982 and is home to Catalina Express, Catalina Island Conservancy, and Aquarium of the Pacific. Four 5-story buildings and a public esplanade surround the harbor.

“The pre-existing dock floats severely deteriorated in 2015 and began sinking into the bay, which damaged the pre-existing concrete and steel piles,” according to Coastal Commission staff. “The previous leaseholder … removed the northernmost dock float and piles in April 2015 and the current leaseholder (CDGF III Pacific Catalina Landing, Long Beach, LLC) removed the southernmost dock float and piles in December 2015.”

The two original dock floats were 120 feet by 33 feet and replaced by a pair of 120-foot-by-24-foot dock floats, meaning the new infrastructure occupies a smaller footprint.

“The new dock floats represent a net decrease in water coverage of 2,160 square feet compared to the pre-existing dock floats, and are located in approximately the same location as the larger, pre-existing docks, so no new adverse impacts to marine habitat are anticipated,” coastal commission staff stated. “Therefore, as proposed and conditioned herein, the development will not have any significant adverse effects on marine resources.”

Orange County’s Board of Supervisors, in a separate matter, extended its lease with Catalina Express through Oct. 31, 2017; supervisors approved the one-year extension at their Oct. 11 meeting.

County officials entered into a five-year lease with Catalina Express in 2006 and extended another five years in 2011.